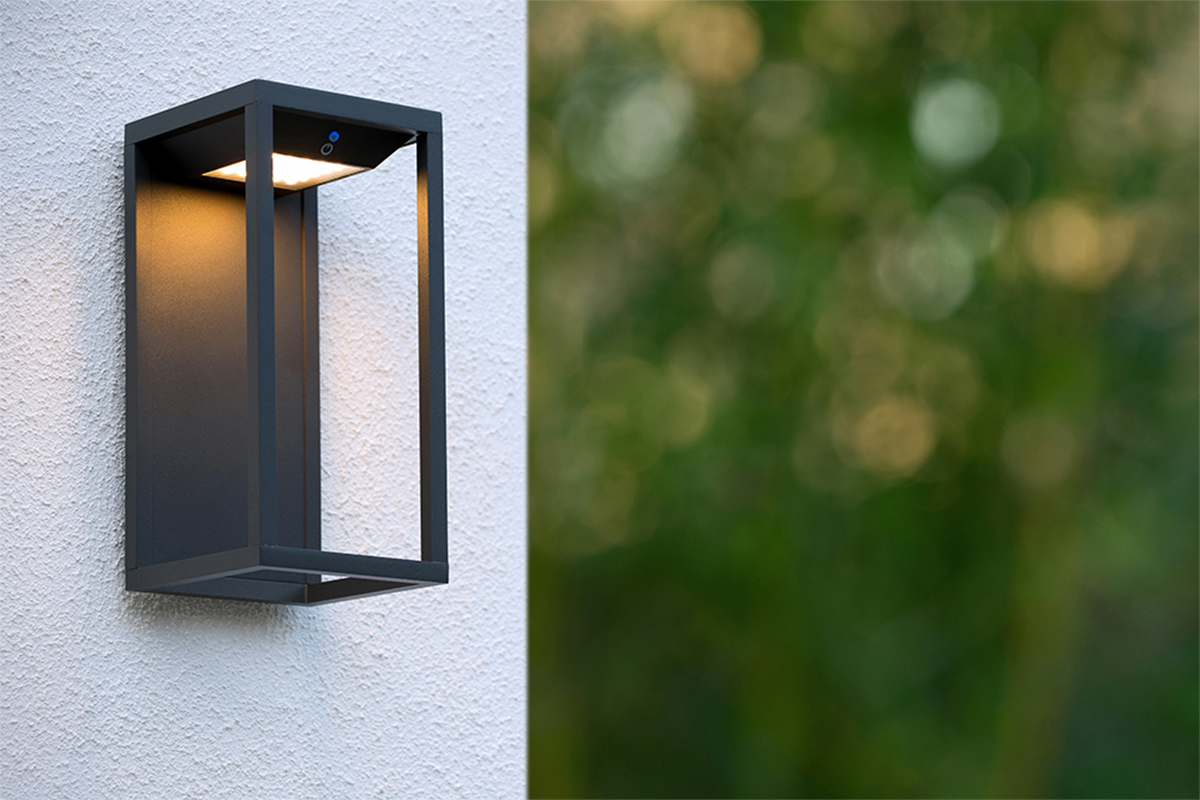 What is a solar wall light

A solar wall light is a wire-free, self-powered luminaire that is wall-mounted to provide wayfinding, security, or architectural accent lighting. Exterior wall lighting must balance form and function to add an integrated look to the outdoor decor. Wall lights are used to illuminate a defined outdoor living space, such as front porches, back patios, entryways, decks, garages, and pergolas. Wall lights can also be used to enhance the intrinsic charm and beauty of exteriors by aesthetically highlighting architectural details such as fine stone or wood work. However, many exterior spaces can’t be reached by electrical wiring or electrical wiring can compromise the aesthetical integrity of outdoor landscape.

Solar lighting eliminates the need for external wiring. The convenience of deploying lighting anywhere outdoors gives people more freedom and safety to enjoy their outdoor environments after dark. The wire-free installation allows architectural details on any vertical surface to be accentuated using techniques such as wall washing and grazing. The introduction of LED technology into solar lighting systems significantly reduces the current drain of the lighting system. Reduced power consumption, combined with the use of high density deep cycle batteries and high efficiency solar cells, allows the solar photovoltaic system to be designed with a minimal footprint. As a result, solar wall lights no longer have to carry a bulky solar system which usually fails to blend into the environment they serve.

Solar wall lights utilizes a high energy density battery chemistry because its internal space is restricted. The most prevalent battery chemistry used in integrated lighting systems today are lithium ion (Li-ion). Li-ion batteries have a high cell voltage, high gravimetric and volumetric densities, low self-discharge rate, fast charging rate, and a long cycle life even when they’re deep-cycled to 80% depth of discharge (DoD). The primary concern with Li-ion batteries is a catastrophic event called thermal runaway which can be caused by overcharging, overdischarging, external short circuiting, low temperature and high rate charging, thermal stress and high temperature use. A battery management system (BMS) must be used with lithium-ion batteries to control charging, discharging and protect the individual cells from electrical abuse. However, at the heart of every solar lighting system is the solar charge controller which connects the solar module and battery bank. The charge controller monitors and regulates the power going into and coming out of the battery to ensure that the power generated by the solar module does not overcharge the battery and the battery is not over-drained by the load.

Solar wall lights typically come equipped with an LED assembly that is integrated into the fixture. LEDs are current driven devices. This nature allows them to operate directly on the direct current (DC) power stored in the rechargeable battery bank without relying on an AC-to-DC driver that is required in line-operated LED wall lights. Also, a solar inverter is not required in LED-based solar lighting systems. A solar inverter is one of the most important elements in traditional solar lighting systems. It converts solar power from direct current produced by the solar panels to alternating current, which is used to power voltage-driven incandescent and fluorescent lamps. The absence of AC-to-DC drivers and solar inverters results in zero power conversion loss, reduced component cost, and more freedom in luminaire design. LED bulbs are less frequently found in solar wall lights because of the limited availability of DC LED bulbs. LED bulbs available on the market are predominantly designed for operating on an AC power source.

To prolong the battery autonomy, solar wall lights may include a dimming circuit, motion sensor and photocell. The wall light is activated only when movement is detected by the motion sensor. Dusk-to-dawn photocontrol is used to prevent the light from daytime activation.