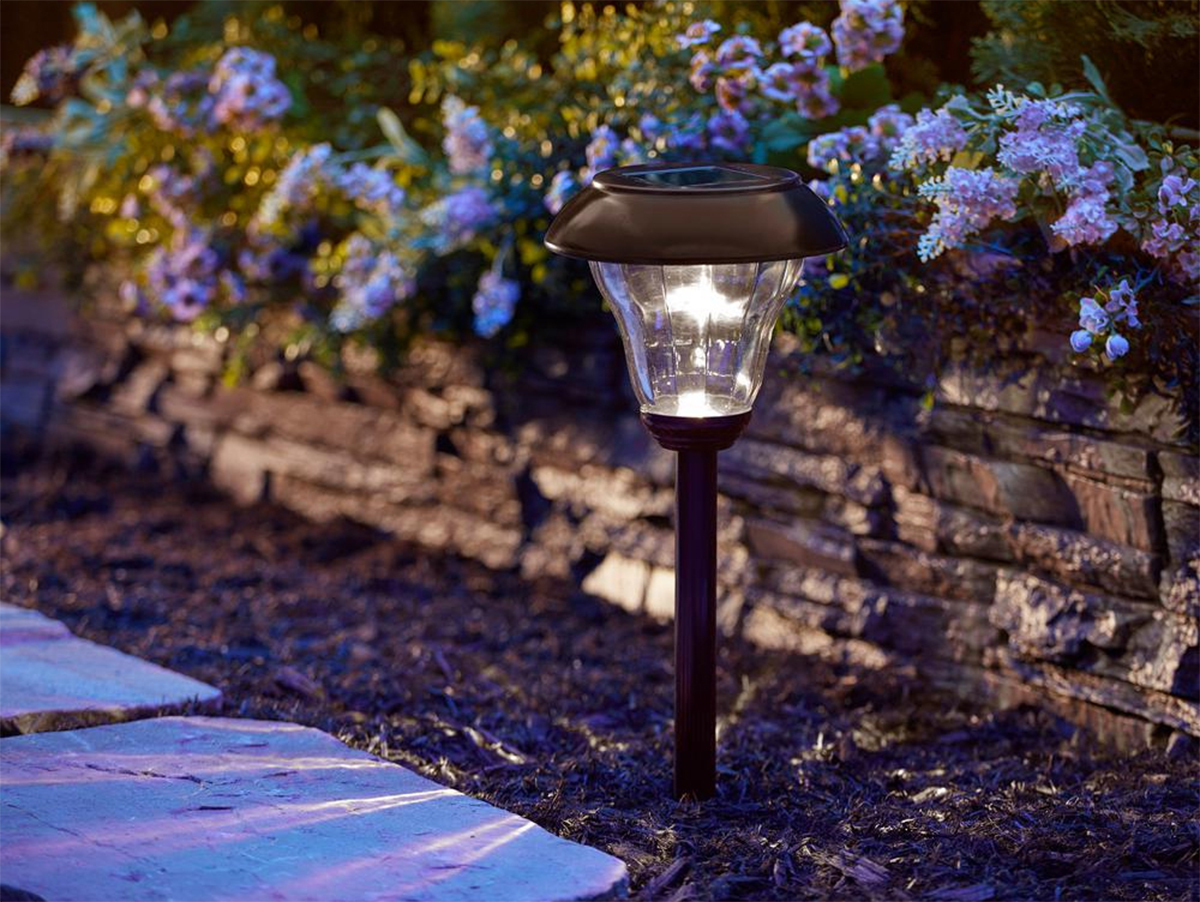 What is a solar path light

A solar path light is a self-powered light fixture that illuminates to provide clear direction to the front door as well as reveal regions adjacent to the path. Path lighting is used to enhance landscaping such as flower beds, shrubbery and borders while safely illuminating pathways. While blanketing areas with a gentle illumination to provide an attractive touch for the exterior, path lights produce a greater sense of security and assist orientation. Path lights line walkways, entry ways, and steps to create pools of light that commands the viewer to take note of a certain detail within the landscape. Most path lights are low, capped fixtures that distribute light in a horizontal direction or reflect light from under their tops. They should be spaced about 6′ apart from one another so that bright regions do not overlap, but not so far that will leave completely dark areas between them.

A solar path light is an integrated assembly that consists of an LED module, a solar module, a battery bank, a solar charge controller, and a body (stem/hood/husk) constructed from brass, aluminum, or plastics.

The rechargeable battery may use the nickel-metal-hydride (NiMH) or lithium-ion (Li-ion) chemistries. Li-ion batteries are more expensive and prone to thermal runaways, but they are being more prevalently used in small-size solar light fixtures due to their advantages of high capacity, high charging efficiency, and long cycle life.

The LED module of a solar path light is a low-wattage assembly. LEDs are current driven devices, therefore an LED-based solar lighting system does not need an AC-to-DC driver that is found in line-operated systems. As such, there’s no power conversion loss occurring in solar path lights. This feature, in conjunction with the use of high efficacy LEDs, allows the path light to maintain a long battery autonomy. With a full charged battery, a solar path light provides up to 8 hours of nighttime illumination.