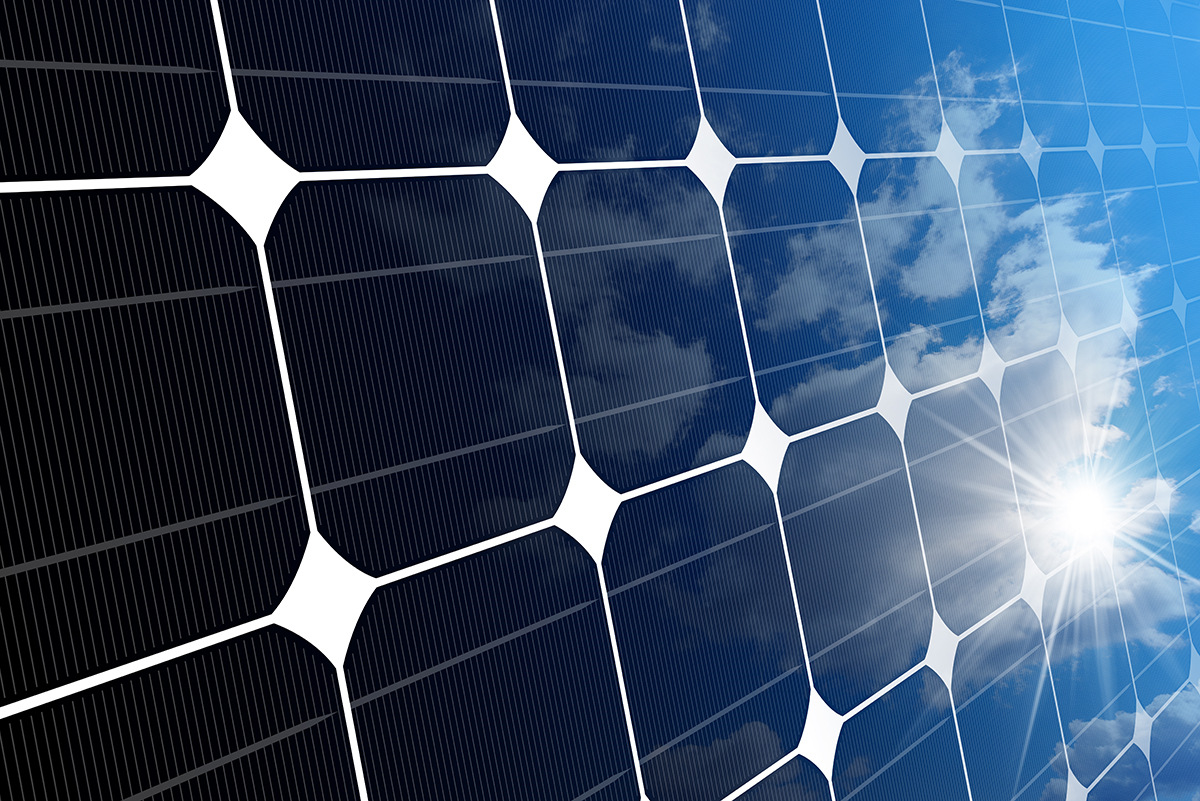 A monocrystalline solar panel is constructed from a number of photovoltaic (PV) cells which is created from a single crystal of silicon. Photovoltaic cells are connected in series within a solar module to convert light into electricity using the photovoltaic effect. The crystalline silicon cells are designed to absorb a maximum number of photons (particles of light) from solar radiation. They are fabricated on a silicon wafer or substrate near the surface of which a p-n junction is formed using semiconductor processing techniques. Absorption of the incident photons in photoactive layers creates electron and hole pairs in the bulk of the substrate. As holes move to a positive electrode while electrons flow to the negative electrode because of the interfacial electrical field of the p-n junction. The movement of these electrons and holes to their corresponding electrodes leads to the generation of an electrical current.

The silicon wafer of a monocrystalline solar cell is sliced from a piece of silicon which is very pure and has less irregularities and imperfections than the wafer used in fabricating polycrystalline solar cells. The silicone is grown using the Czochralski process where seed crystal silicon is dipped into a vat of molten silicon and withdrawn very slowly forming a solid crystal structure around the seed known as an ingot. These wafers are then chemically treated in furnaces to form a dopant diffusion layer onto silicon substrate. In a homojunction or heterojunction solar cell, the p-type doped layer and an n-type doped layer creates a p-n junction structure which allows for a separation of charge carriers at the top and bottom surfaces thereof. Next, an antire-flective coating (ARC) of silicon nitride (SiNx) or titanium oxide (TiOx) is applied to the diffusion layer to reduce reflection loss. A monocrystalline cell has a uniform, dark blue to black color and a very smooth surface. This solid color and texture, combined with four sides cut out of the ingots to, give monocrystalline cells a distinct appearance.