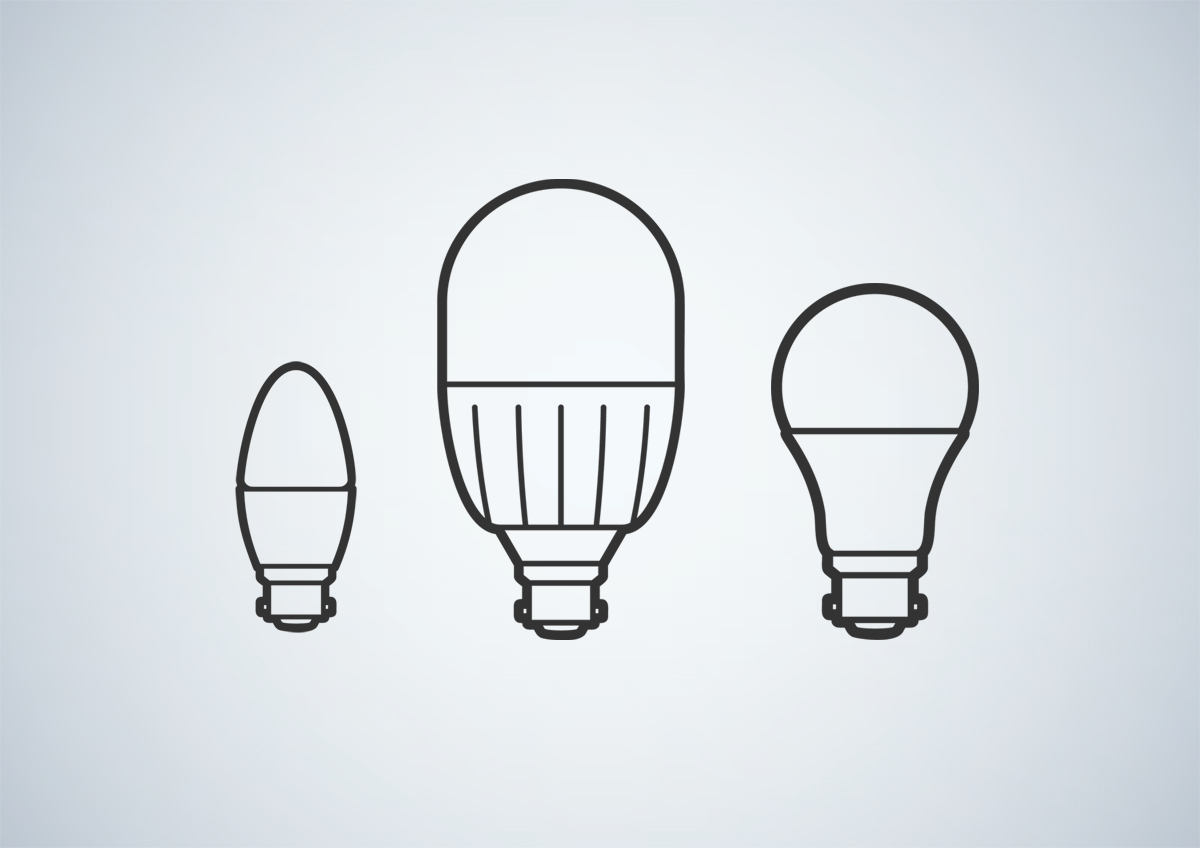 What is a B22 light bulb

A B22 light bulb is an electric lamp with mechanical support and electrical contact provided a bayonet cap, often referred to as a BC. B22 is an abbreviation of the cap designation B22d-3, which is the most common form of the bayonet cap. B22 lamp bases use a pair of pins on the outside of the base that slide into slots in the socket. The twist type base allows lamps to be secured into light fixtures with a simple push-and-twist action. The number 22 in the cap designation refers to the width in millimeters of the cap’s base.

Countries and regions that use B22 bulbs

B22 light bulbs are used in some former members of the British Empire, which include the United Kingdom, Australia, India, Ireland, New Zealand, and Hong Kong. Even though Edison screw bases become more popular in these markets, bayonet bases are not without their own advantages. The two pins that stick out of the base ensure the bulb is locked securely into the socket of a light fixture, making bayonet type bases preferred over screw bases in applications where vibration exists.

While light bulbs in various shapes can be fitted to B22d-3 bases, B22 light bulbs are often associated with the arbitrary (A) type lamps. A-type designates a very common light source that is installed in ceiling lights, wall lights, table lamps, floor lamps, recessed downlights, and other light fixtures providing general illumination. A-lamps have historically used incandescent and fluorescent lighting technologies. The arrival of LED technology make it possible to create dramatically improved lighting systems that deliver significant energy and maintenance savings and drive significant reductions in the carbon footprint and environmental impact.

A B22 LED light bulb generally follows the footprint of its incandescent predecessors. It conforms to form factor restriction that applied originally to incandescent lamps and provides a similar radiation pattern so as to facilitate simplified replacement of incandescent, halogen, and CFL bulbs. The lamp is typically an integrated assembly in which the LEDs are driven by an integral LED driver. Most B22 LED lamps use SMD LEDs as the light source. Surface mount LED packages provide huge advantages when it comes the light source cost, luminous efficacy, optical design flexibility, and compatibility with industrial SMT processes. Yet B22 LED bulbs are also available in a vintage inspired design. The bulb employs linear LED filament technology to replicate the timeless look of an incandescent lamp for decorative residential, retail and hospitality applications.

LED lamps are complex devices of which the full potential can only be unlocked when each of their main components, especially the LED driver circuit and thermal management system, is properly designed to solve the inconveniences with the form factor and cost restrictions of LED bulbs. Typically, LED bulbs are designed with a high level of compromise. While the space constraint introduces a great challenge to the driver circuit design, it’s the commoditization of light bulbs that causes most of the compromises in the system design. Higher value features (i.e., efficacy, lifetime, color quality, and flicker mitigation) are often traded for lower cost system designs.

B22 LED light bulbs have L70 lifetimes between 10,000 and 25,000 hours, which are considerably shorter compared to integrated LED fixtures (e.g., troffers, downlights, high bay lights and outdoor area lights) with lifetimes of 50,000 hours or beyond. The color rendering quality of LED bulbs is not significantly better than compact fluorescent lamps of which the spectral power distribution (SPD) is deficient in key wavelengths that are important for rendering saturated colors. There can be flicker in the light output of cheap LED bulbs. The low cost driver circuit which is typically designed as a linear power supply may fail to reduce the output current ripple that causes the flicker. Color stability and lumen maintenance are more likely to be a concern in LED bulbs due to the compromised thermal management design.