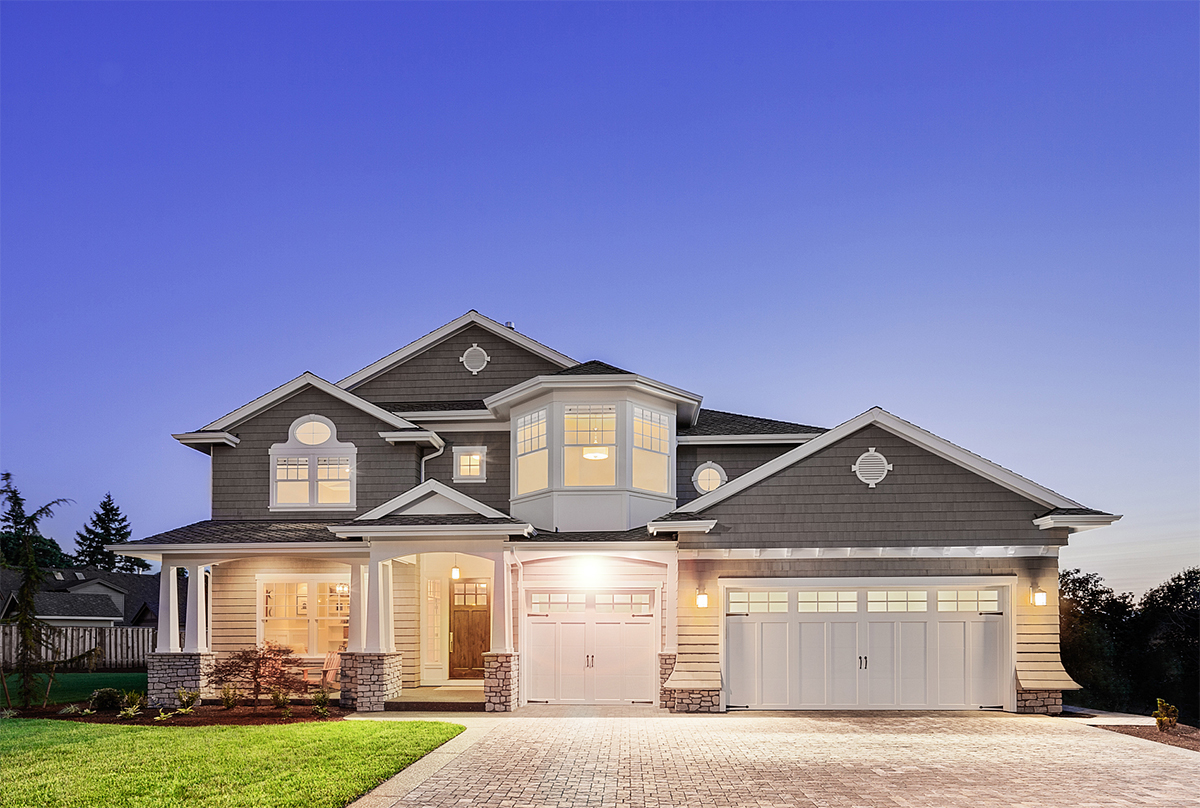 What is a smart security light

A smart security light is a connected lighting device that can be integrated into the IP (Internet Protocol) infrastructure and allows for communication and interaction between the light, people, and the environment. It serves as a security force multiplier by incorporating security lighting, video surveillance and security alarms for intrusion detection and deterrence. Smart security lights are designed to provide the ability to generate a response to unsociable activity as well as to monitor, record, and stream video over a network to smartphones or IP-capable control devices. The transition from traditional security lighting systems to smart connected solutions creates an unprecedented ability to optimize and manage security and enable cost-effective, hassle-free, realtime resolution to time-sensitive security threats. Smart security lighting extends far beyond simply illuminating entryways, garage entrances, building perimeters and other entry points on pre-set positions, it provides contextual awareness with multiple sensor inputs and video motion detection (VMD) technology to support an integrated security concept.

The relationship between lighting and security

The principal purposes of security lighting are to provide light to assist the detection of intruders, to permit facial identification at distance of at least 9 m (30 ft), to deter crime against persons and property, to remove potential hiding space, and to facilitate the proper use of other devices. Crime Prevention Through Environmental Design (CPTED) is a multi-disciplinary approach to creating safer properties and physical environments. The goal of CPTED is to create climate of safety by designing environments that positively influence behavior, discourage criminal motivations, and encourage desired activities.

Security lighting has become increasingly recognized as an effective approach in the design of an environment to reduce the opportunity for crime in residential, commercial, industrial and institutional settings. By providing a clear view of an area with an adequate amount of horizontal and vertical illuminance, a security light defines the zone of protection where opportunities for the criminal to successfully compete a criminal act and escape are denied and the criminal can feel conspicuous and vulnerable to identification, while the potential victim can feel safer with an enhanced perception of security.

A good security plan consists of multiple layers of security features. Security lighting adds a layer of protection and safety to an environment by maintaining visual assessment capability during darkness and deterring criminal acts by increasing fear of detection, identification, and apprehension. An effective security lighting implementation can also contribute to a balanced security plan, making other security elements more effective. Coordinated security elements make the target harder to attack.

Among security elements there are active deterrents that have the capacity to interact with people or generate a response to potential intruder and there are also passive deterrents that do not interact with the would-be criminals. Security lighting is often regarded as a passive element. However, lighting can be an active contributor to home or business security when it is motion-sensor controlled. Motion sensors are frequently connected to the lighting load to change the state of a security light. When triggered by motion, the abrupt radiance from the security light can create a psychological impact on the intruder and discourage the intruder’s attempts to gain unauthorized entry into protected areas.

Smart security lights are even more active in application because they are additionally equipped with a full-featured alarm system that provides interactive capability. Through a smartphone app, a user can flash the lights or sound a siren to scare intruders away. Security lighting applications that incorporate both passive and active elements can create fear and uncertainty in the mind of the potential intruders about being detected and observed.

A smart security light leverages a combination of technologies to support its advanced capabilities and features. LED technology is a fundamental enabler of smart lighting. LEDs are semiconductor devices that produce light through recombination of charge carriers (electrons and holes) in the quantum well sandwiched between the p-doped GaN and the n-doped GaN layers. The injection electroluminescence lends LEDs the ability to provide instant light output at full intensity and instantaneously dimmable output over a full range of intensity to deliver the right amount of light on demand. While rapid cycling is not an option for traditional light sources such as fluorescent and high-intensity discharge (HID) lamps, high frequency on/off switching of LEDs does not negatively affect service life.

Security lighting chases away darkness to enable nighttime use of video surveillance systems. Smart security lights are generally equipped with network cameras which can record and digitize video and transmit it over the IP network for access via computers or smartphones from anywhere in the world. The network camera allows the user to monitor the security zone and respond to an event via a live stream. In addition to interactive audio and video live streaming, the network camera interfaces and communicates with various parallel applications.

VMD functionality is often added to the camera to automatically store video and trigger an alarm when a movement within the pre-define alert zone of a camera’s field of view (FOV) is detected. Selective portions of the viewed area can be made active for different detection events. On-board video analytics that use computer algorithms heighten the effectiveness of digital video surveillance by offering automated image analysis and identification of potential threats.

Most video surveillance cameras support multiple video streams and compression formats (H.264, H.265, MPEG-4, and/or MJPEG). The recorded footage is stored in the cloud or on an SD card. The resolution of a network camera indicates its ability to resolve detail in an image. Security cameras are available with resolutions of up to 1440p (2K). A high-resolution camera will only function properly if its FOV is provided with adequate illuminance. The (FOV) of the camera is determined by the lens focal length and the image sensor size. Lenses comes in three basic types, which are fixed focal length, varifocal (variable focal length), and zoom.

The majority of motion sensors use passive infrared (PIR) technology to detect motion because PIR sensors are low power, cost-competitive, and capable of covering a wide detection area. A PIR motion sensor operates by detecting changes in the amount of infrared radiation within its detection zone and converts this change into a voltage. When the changes in the zone exceed an established threshold, the state of the light and network camera will be changed.

PIR sensors are line-of-sight dependent and may fail to detect movement in an area when the field of view is blocked, or the lens is masked or fogged. Microwave sensors which detect motion by transmitting high frequency electromagnetic waves have an advantage in that they can penetrate certain materials and have a much longer detection range. Therefore, microwave sensors can be installed to address the ineffectiveness of PIR sensors when necessary.

The LED driver is the heartbeat of any LED systems as it regulates the current flowing through the LEDs under supply voltage or load variations while communicating with its environment and performing high-level lighting control. The LED floodlight may be a multi-light assembly or a single-light luminaire that produces thousands of lumens of cool white light. The beam spread of the floodlight and camera’s FOV must completely encompass the coverage area of the motion sensor.

The wireless radio which provides dual-band Wi-Fi connectivity allows the light to be integrated into the IP infrastructure and connected to the cloud for data storage, app-based operation and integration with task automation platforms.