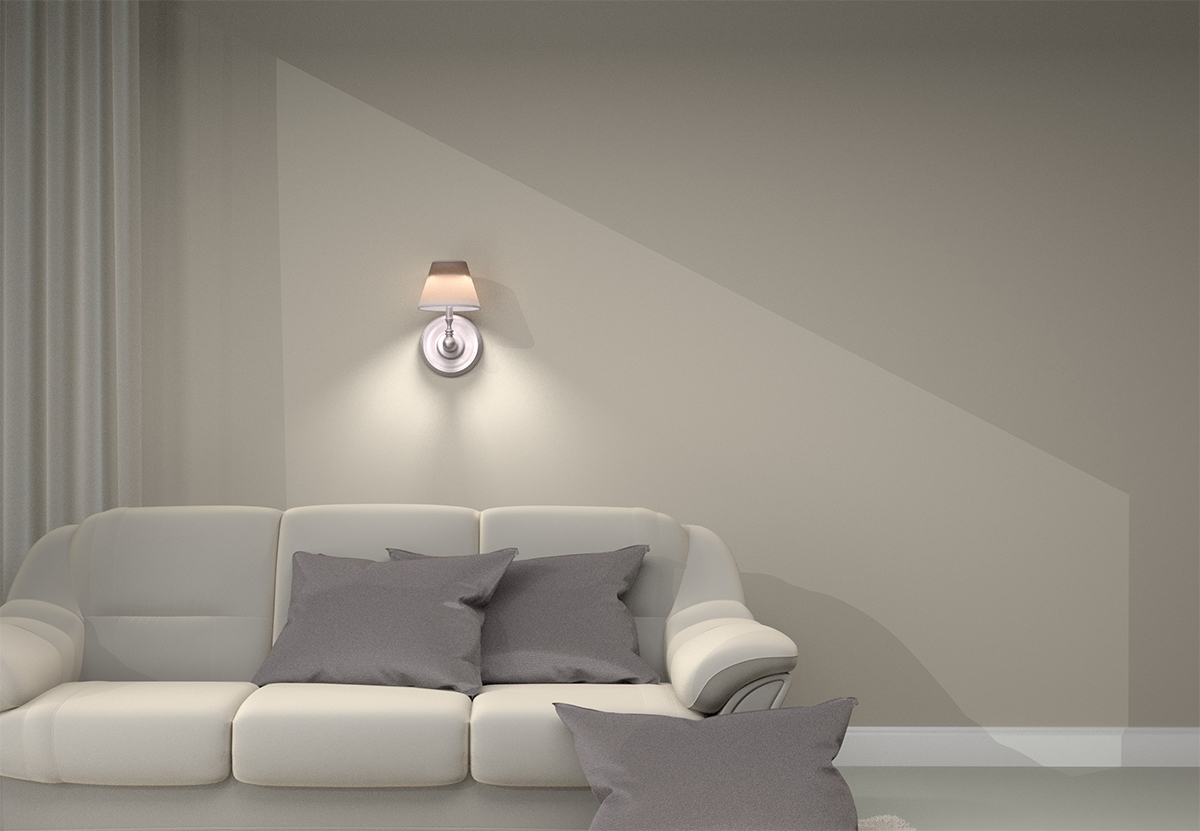 An ambient wall light is a wide-distribution luminaire designed to provide overall lighting to a space, as opposed to a task or accent light which is designed to provide illumination for a clearly defined zone. It spreads out light or diffuses light in all directions, filling in shadows, defining a space and establishing the overall Impression users have of a space. The level of illumination produced by an ambient light should allow comfortable movement in the space and other basic visual recognition without necessarily drawing attention to the light source.

Also called general lighting, ambient lighting is a fundamental component of a layered lighting design which is intended to create a flexible and appealing space. It serves as the base layer of lighting, upon which the task and accent layers of lighting are added. The soft, subtle form of background illumination must be there such that accent lighting can create visual interest, and luminance ratios of the task and its immediate surround can be optimally maintained to avoid discomfort and eye fatigue from constant visual adaptation to extremes of brightness.

Create a fascinating ambiance in any space

Install ambient wall lights in hallways, stairways, bathrooms, bedrooms, dining rooms, living rooms, kitchen rooms, foyers, entrances or basements. These versatile light fixtures work almost anywhere. While using a pendant, chandelier or flush mount ceiling light to provide a central source of ambient light is a general practice, wall lights can play a distinct role in a layered lighting scheme. They can be used to balance overhead lighting and provide an excellent source of secondary light. Strategically placed wall lights can effortlessly compensate for where the overhead lighting doesn’t reach. Ambient lighting from midway to three fourths the height of a wall eliminates the need for floor lamps or table lamps when the space is too tight to accommodate these fixtures. The soft, eye-level spread of light cast by these fixtures creates an intimate ambience that embraces people.

Creative use of wall lights can add a thoughtful dimension to the interior décor without overwhelming the space. Install a pair of wall sconces to flank a bed, fireplace or mirror, the symmetry creates visual equilibrium. Mount a series of wall sconces along the hallway to create drama through repetition. Eliminate the cave effect and bring timeless elegance to a space using uplight sconces. Wall lights can also serve as art pieces to transform any bland room into a captivating space.

Solid state lighting based on LED technology outperforms the incandescent and fluorescent counterparts by a wide margin. The intracrystalline recombination of charge carriers (holes and electrons) in direct bandgap semiconductors results in a huge increase in power conversion efficiency and a significantly extended source life. With LED lighting, factors influencing the quality of light are all precisely controllable. This means all lumens produced by the light source can contribute favorably to visual performance, visual comfort, health, safety and aesthetics.

The spectral power distribution of LEDs can be engineered to provide color rendering superior to incandescent lamps and emit light in a correlated color temperature (CCT) that is more conducive to comfort, allows the setting of specific moods and atmospheres, and engage with human physiological responses. With full range dimming capability, LEDs can be controlled to provide predictable lumen output on demand. These semiconductor devices respond to control signals instantaneously. Their lifespan is not affected by constant switching and dimming operations. The exceptional controllability lends excellent compatibility with electronic circuits to LED wall lights, which opens up completely new application possibilities.

Blend organically into an environment

Because of their visual prominence, ambient wall lights should be styled to express and underline the desired character of a room. A fixture that can’t coordinate with its surroundings will distract from the balance, aesthetics and perception of a visual environment. The small size of LEDs supports genuine creative freedom that allows lighting to celebrate the relationship between form and function. LED wall lights are available in a choice of delightful heritage shapes such as round, cylinder, rectangle, bell, circle, globe, empire, lantern, dome, square, bowl, oval, cage, drum, pyramid, cube, tiered, cluster, and hexagon.

With LED lighting, there’s no shortage of gorgeous designs to define space, give scale and reveal your design sensibility. Adds an abundance of flourishes to traditional and transitional style wall lights for an upscale feel and high-class distinction. New, sleek form factors such as panels, rings and tubes redefine the modern style to unite the pure expression of form with the poetry of light. Sculptural forms and even abstract geometries made possible by LED technology reinforce the design fluidity of contemporary decors. Whether to blend into the environment they serve or to inspire conversation with a visually compelling design, there is a litany of decor options to fulfill these needs.

The diverse shapes and tyles of LED wall lights can be distilled down to two types of system configurations: bulb-based lights and integrated LED systems. Traditional lighting technologies principally work on the source level. The light fixtures are basically appliances that hold the light source, supply electric power, and provide simple optical regulation. Converting light fixtures that are originally designed to accommodate incandescent and compact fluorescent lamps to LED systems necessitates the use of LED retrofit lamps. An LED retrofit lamp installs all components necessary to produce light into a lamp assembly that fits the form factor and mimics the light distribution of a corresponding type of incandescent lamp. The LED lamp is equipped with exactly the same base, operates in the same range of input power and produces a similar output. As a result, legacy light fixtures can be effortlessly upgraded to LED systems without the need for any modification.

LED retrofit lamps come in almost all of the previous incandescent shapes and sizes. LED filament bulbs look almost identical to tungsten filament lamps, allowing vintage elegance to be emanated from modern systems. The form factor of legacy lamps, however, puts space constraints to the effective use of LED technology. This limitation, along with the cost constraint arising from the commoditization of consumer LED products, leads to inadequate thermal management and drive current regulation. LED retrofit lamps, therefore, have a lifespan shorter than what is expected and the emitted light may be compromised in quality, Furthermore, implementing advanced lighting features that are unique to LED technology is impracticable with bulb-based configurations.

For LEDs to perform to their highest capacity, a holistic approach to system integration is necessary. LED wall lights normally refer to integrated systems in which LED technology is implemented on the luminaire level. Ambient wall lights typically incorporate LED modules which are tailored to a specific application. An LED module is an assembly of SMD LEDs which are populated in a metal core printed circuit board (MCPCB). The MCPCB provides thermal, electrical and mechanical interfaces that allow the LEDs to be operated under specified ranges for temperature, electrical power, and other parameters. The thermal transfer path of an LED wall light must be adequately dimensioned to dissipate the applied power load. Integrated design allows the heat sink, to which the LED module is attached, to be created with maximized surface area for efficient transfer of thermal energy generated by the LEDs.

The LEDs are connected to the load side of a constant current LED driver which converts line-voltage power to a regulated DC output. The driver circuit must thoroughly suppress the alternating waveform to ensure the output current provided to the LED load is absent of large ripples. Flicker can occur when there is a presence of large current ripples. To create ambiances flexibly adapted the mindset and activity, the LED driver should allow dimming of the connected LEDs through constant current reduction (CCR) and pulse width modulation (PWM). When the LEDs are operated with phase-cut dimmers that are ubiquitous in household applications, the PWM method is applied to modulate the duty cycle to the LEDs.

Color perception is an important design consideration for ambient lighting. The spectral composition of a light source defines its color temperature and color rendering ability. To make a space more visually intriguing and for decor colors to appear natural, the LEDs must be spectrally engineered to deliver an adequate amount of radiant power at all wavelengths of the visible spectrum. Sources with a color rendering index (CRI) of 90 or greater and a minimum R9 value of 25 should preferably be employed.

The color of light itself has profound emotional and biological impacts on the human body. LEDs with a lower CCT which corresponds to warmer appearing white light are a common choice for residential and hospitality applications. The spectral design of warm white LEDs is biased toward the long-wavelength (red) part of the visible spectrum. A warm ambiance makes spaces more comfortable and encourages relaxation. The blue-depleted spectrum is also less disruptive to the human circadian rhythm. Higher CCTs correspond to cooler appearing white light which is used to simulate a daytime physiological response for improved concentration and alertness. 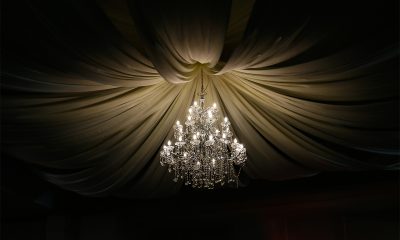 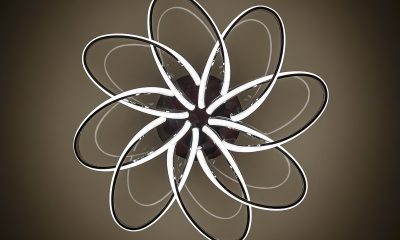 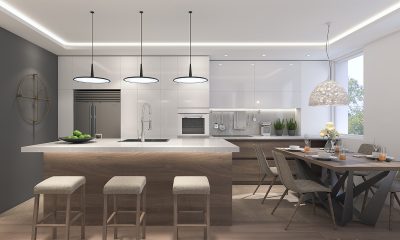 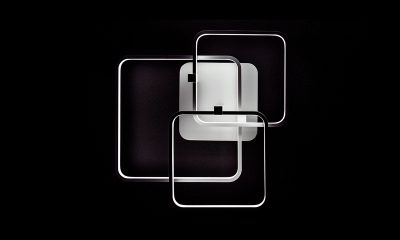 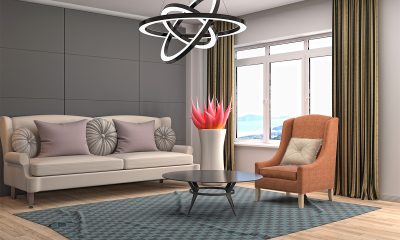 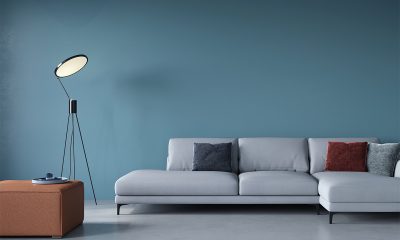 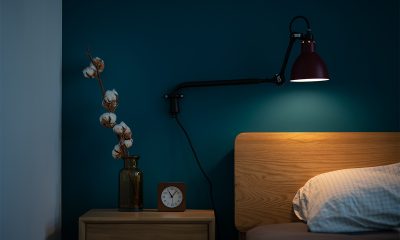 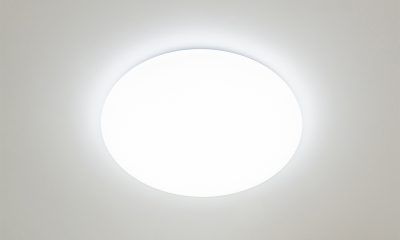 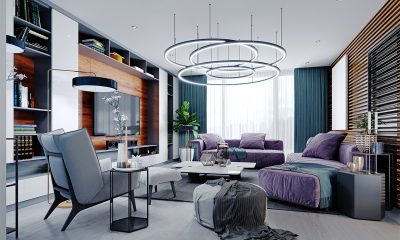 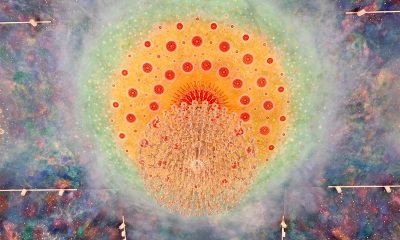 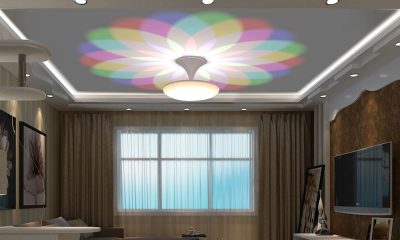 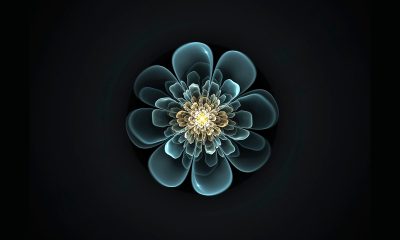 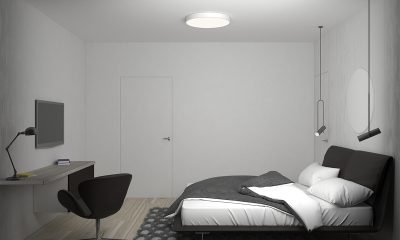 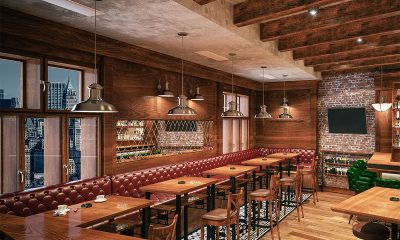 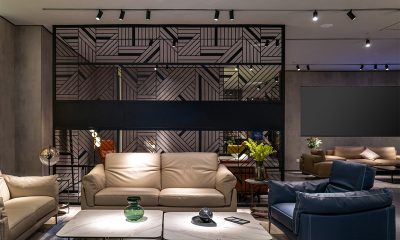 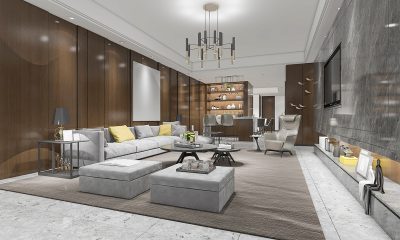 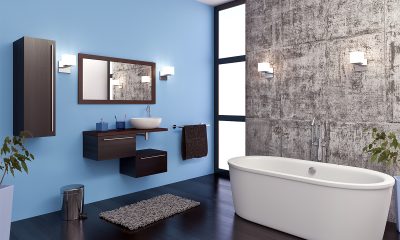