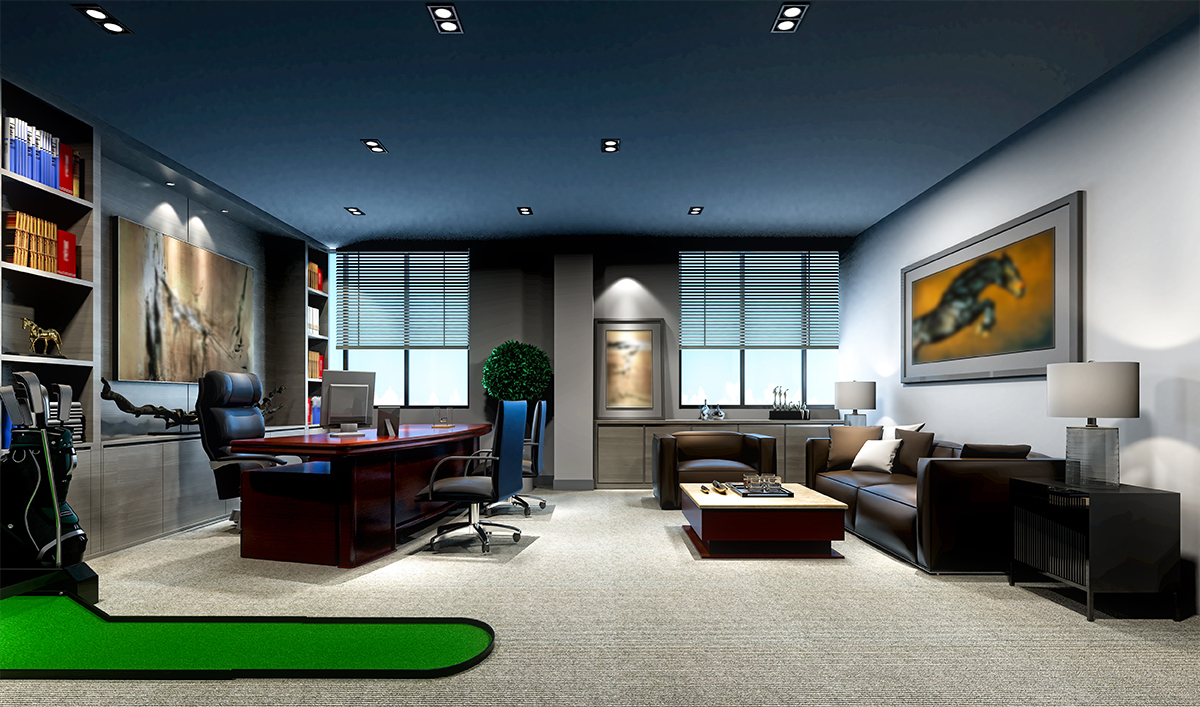 What is a recessed multiple or multi-head LED downlight

A recessed multiples or multi-head recessed light is a modular lighting system that combines multiple light engines into a recessed assembly. Modular design gives lighting designers and end users a significant amount of options and customizations. Recessed multiples are designed to accommodate different application requirements, allowing lighting to be optimized for each unique application. A scalable offer in lumen packages and a package of interchangeable optics eliminate the need for the whole luminaire to be modified when there is a need for a change. The modular systems work wonders to create a cohesive and professional look throughout a space. Recessed multiples are used extensively in retail, hospitality and commercial lighting applications where fluid modifications for lighting are always required.

Light configuration and ranges of adjustment

Multi-head downlights come in 1, 2, 3 and 4-light configurations. The 4-light version is designed in a two-by-two square layout or a single-row linear layout. Constructed of heavy-gauge steel, the housing/trim is available in flanged and trimless options. A flanged trim provides a more traditional ceiling appearance, whereas a flangeless (mud-in) trim offers clean and sophisticated look. The easily configurable modular grid frame system allows a choice of interchangeable LED light modules (light engines): adjustable spot, wall wash, or fixed general illumination. Most recessed multiples incorporate adjustable light engines capable of 360° rotation and up to 40° tilt. The adjustables can be individually modified to customer-specific light requirements. They are especially useful for accent lighting applications in retail stores where lighting systems should be highly adaptable and thus support the trend towards flexible store concepts.

As opposed to retrofit LED luminaires that use LED bulbs (e.g. MR16, GU10, PAR30 lamps), modern recessed multiples commonly use LED light engines to create light. The light engine is a self-contained light assembly comprised of an LED module, a heat sink and optical components. The LED module is an LED array or an assembly of LED packages on a metal core printed circuit board (MCPCB) or a ceramic substrate. The LED module is attached a heat sink which is often made of extruded or die cast aluminum. A thermal interface material (TIM) may be placed between the substrate of the LED module and heat sink to maximize the heat flow between the two components. This thermal design ensures an adequately dimensioned cooling path that is not found in LED bulbs.

Depending on the application different types of LED packages are available for use in recessed multiples. These light sources include mid-power SMD LEDs, chip-on-board (COB) LEDs, and high power LEDs. LEDs are characterized by their thermal design, packaging materials, beam characteristics and color quality. The multi-chip packaged COB LEDs have become a popular type of light source for directional lighting systems because of their high beam uniformity and flux density. Directional lighting applications such as retail, where quality of light is essential, are very demanding on the color reproduction performance of the light source.

To make the colors in an object that is being illuminated by the luminaire appear vibrant, rich and natural, the spectral power distribution (SPD) of the light source must have a uniform distribution of radiant power at the different wavelengths of the visible spectrum. Light sources with a minimum color rendering index (CRI) of 90 are the clear choice for accurate color rendition and a more pleasing space. The SPD also determines how the light appears. Lighting designers can dictate warmth or coolness of the light source by specifying light source’s correlated color temperature (CCT). LEDs are offered in a range of nominal color temperatures with the commonly used CCTs being 2700K, 3000K, 3500K, 4000K, and 5000K. All color options must be tightly binned to achieve consistent color from luminaire to luminaire.

The light distribution created by the light engine can be in a narrow spot (NSP), spot (SP), narrow flood (NF), medium flood (MFL), flood (FL), wide flood (WF), or very wide flood (VWF) pattern. Flood beam spreads are typically regulated by reflector trims which can have a round, square or rectangular exit aperture. Optical systems with asymmetrical reflectors are used for uniform illumination and accenting of vertical surfaces. The ability to create very tight beams with a high candela peak is an essential quality for accent lighting fixtures. The use of total internal reflection (TIR) optics enables directional spotlights to produce a rotationally symmetric light distribution with high uniformity and center beam candlepower (CBCP). The optical system of multi-head recessed lights is constructed to intentionally regress the position of the LED array, thereby eliminating glare from the field of view.

The modular light engines of recessed multiples are powered by a constant current LED driver which is co-located in the fixture. It is essential to maintain the current in the LED load to a constant or pre-determined value, regardless of variations in the supply voltage or the LED forward voltage. Large ripples in the output current provided to the LED load should be filtered out because they can reduce the reliability and longevity of LEDs as well as cause the LEDs to flicker. It is often desirable to implement recessed lighting with a dimming functionality to adjust the light output around the desired light level. Dimming options for recessed multiples include 0-10V, Lutron EcoSystem, TRIAC (forward phase or leading edge), ELV (reverse-phase or trailing edge), DALI, and DMX. 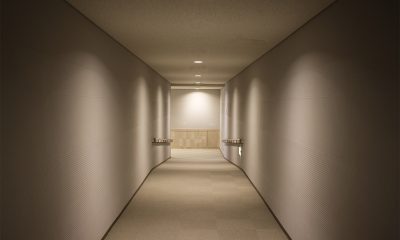 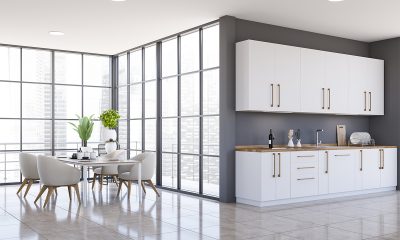