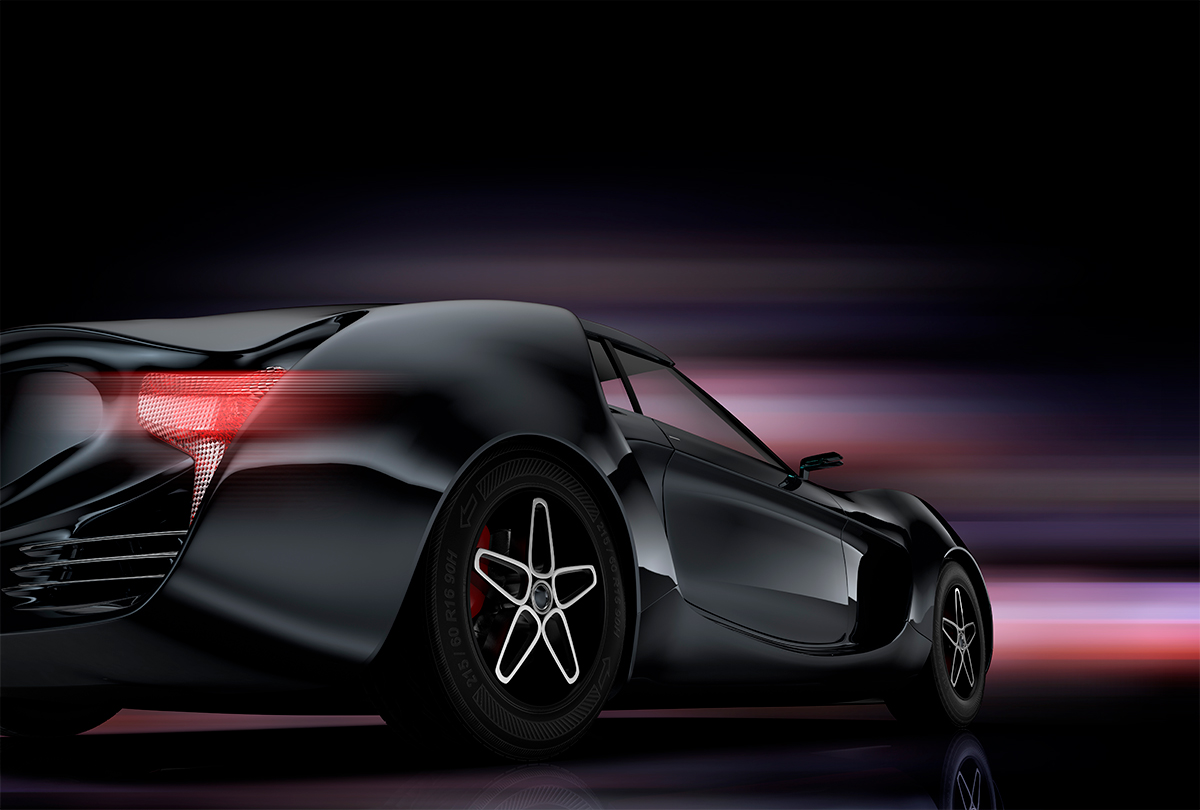 What are tail lights

Tail lights are rear mounted lighting systems that are used to designate the rear of a vehicle and may accommodate signaling functions to inform the following traffic about the action or intention of the operator of the vehicle. Taillights are red, steady burning lights that must be activated when headlights are on or the parking lights on passenger cars, multi-purpose vehicles (MPVs), trucks, and buses with overall width of less than 80 inches are activated. The lights are symmetrically disposed about the vertical centerline as far apart as practical at a height of not more than 72 inches nor less than 15 inches.

A car taillight may be constructed so as to include brake, position, fog, turn signal, and reverse lights.

Tail lights used to be a dominion of halogen technology which emerged in the early 1970s. Next, LED lighting moved to the front. The use of LED technology is inevitable because it offers significant advantages in energy efficiency, lifetime, reliability, durability, and design.

With luminous efficacies way ahead of halogen lights, LED tail lights tremendously alleviate the load on the alternator and reduce the drain on the battery. With no filaments to burn out, no glass to break, and no moving parts to fail, LED systems can withstand the harshest road conditions imaginable. The solid state durability provides for greater resistance to shock and vibration, which, in conjunction with the inherent operational reliability of LEDs, compounds the longevity of LED tail lights.

The instant-start ability of LEDs offers an additional safety benefit. LEDs come to full brightness in about 60 nanoseconds. When compared with halogen bulbs that take up to 140 milliseconds to reach full light output, the fast rise time of LEDs can make a significant difference in braking distance for vehicles operated at a high speed.

While the intent of rear lighting is communication and visibility, LED technology also offers the opportunity for strong differentiation via lighting design and robust control functionalities. The small source size of LEDs allows lighting design to advance beyond legacy form factors and enables seamless integration with vehicle design. The digital controllability of LEDs makes it possible for automotive rear lighting to move past the legacy functionality of providing basic illumination and create sophisticated effects.

Conventional tail lights are lamp-based systems that are designed to accommodate light bulbs. To take advantage of the new technology, legacy halogen systems are being converted to LED systems using LED retrofit bulbs. LED products in legacy form factors fail to exploit the full potential of LED technology. Increasingly, tail lights are designed and engineered around the unique characteristics of LED technology. Today’s LED tail lights are integrated assemblies that infuse and organize lighting into a system coordinated both in form and function. LED arrays in a tailored design are mounted the heat sink to facilitate heat dissipation. Secondary optics such as lenses or reflectors that regulate luminous flux from individual LEDs may be mounted tightly to the printed circuit board. Each LED assembly that performs a specific function constitutes a module. Multiple LED modules fit snugly into a master unit to form a taillight assembly. The taillight assembly incorporates important styling elements that define the appearance and deliver identity of a particular vehicle model.

LEDs are current-driven devices. The power to each LED array is regulated by a constant current LED driver which can compensate for output load variations and input voltage changes. The DC-DC converter may be a switching regulator if the input voltage has a wide variation. Proper circuit design is necessary to suppress the electromagnetic interference (EMI) generated during the course of high-speed switching regulation. Linear regulators may be used if the EMI specifications demand very low levels of emissions. The driver may have multiple constant current output channels to individually drive multiple LEDs or LED arrays for an eye-catching effect (e.g., sequential turn signals).

While the use of LEDs has given rise to transformative ways of taillight design, the automotive lighting industry has been pioneering the use of organic light emitting diode (OLED) lighting in vehicles. OLED lighting brings distinctive design statements to tail lights. It enables extremely thin luminaire designs with soft, homogeneous light emission. OLEDs are electroluminescent devices consisting of multiple organic layers—a hole transport layer (HTL), an emission layer (EML), an electron transport layer (ETL)—sandwiched between two electrodes (an anode and a cathode). They can be produced on a variety of flexible and rigid surfaces, which provides design flexibility and forms that are truly unique. When a DC bias is applied to the electrodes, the injected electrons and holes can recombine in the organic layers to release energy in the form of photons.

A tail light can seamlessly integrate multiple OLED modules which are individually controllable and can work in unison to develop diverse patterns of light. Each OLED module can produce clearly defined luminance across its light emitting surface (LES) without using any reflectors, optical fibers or similar optics. No light scattering or crosstalk between the surface emission modules or other disturbing optical effects will occur. 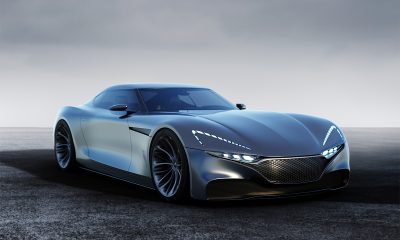 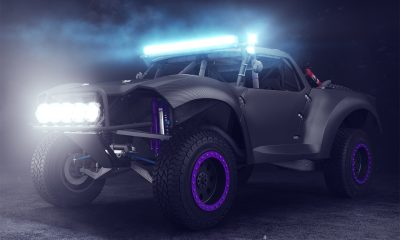 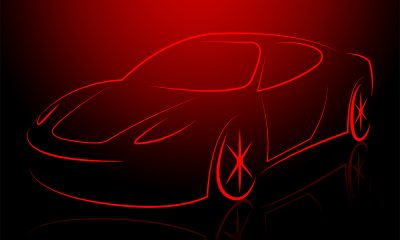 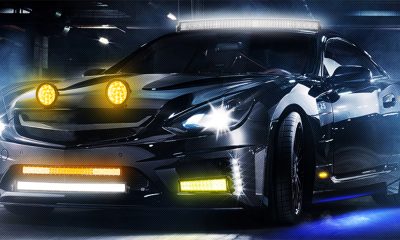 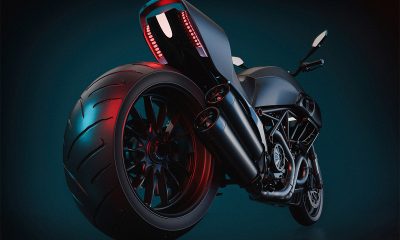 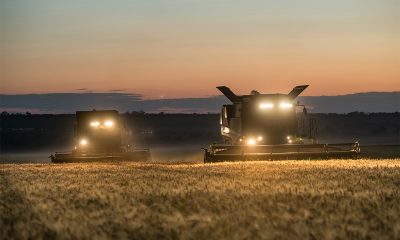 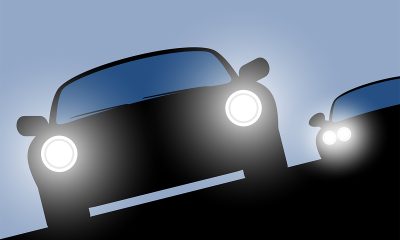 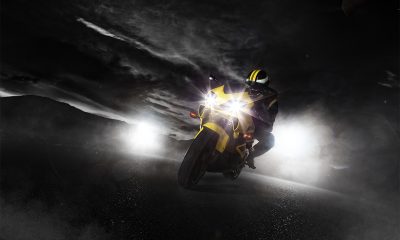 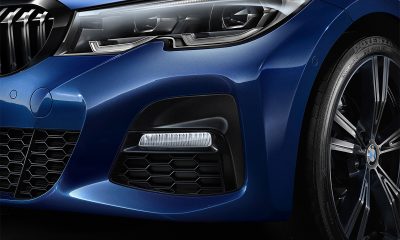 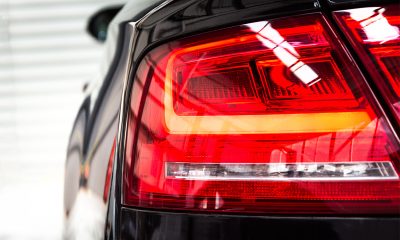 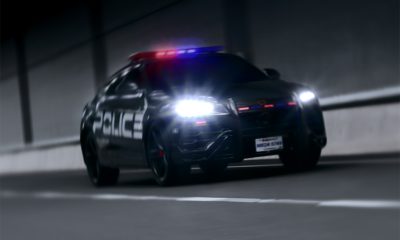 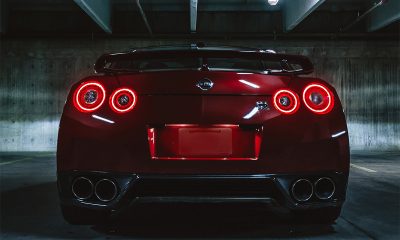 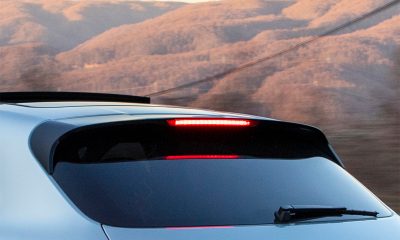 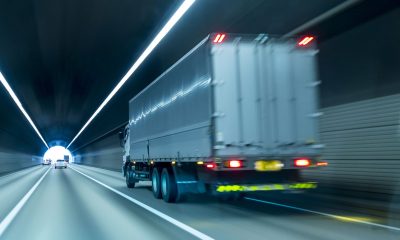 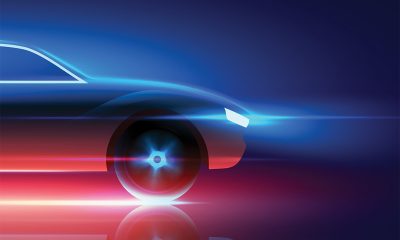 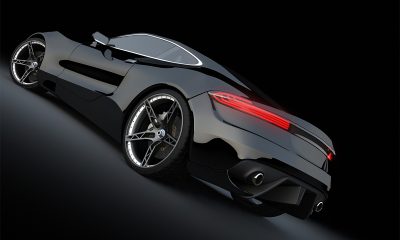