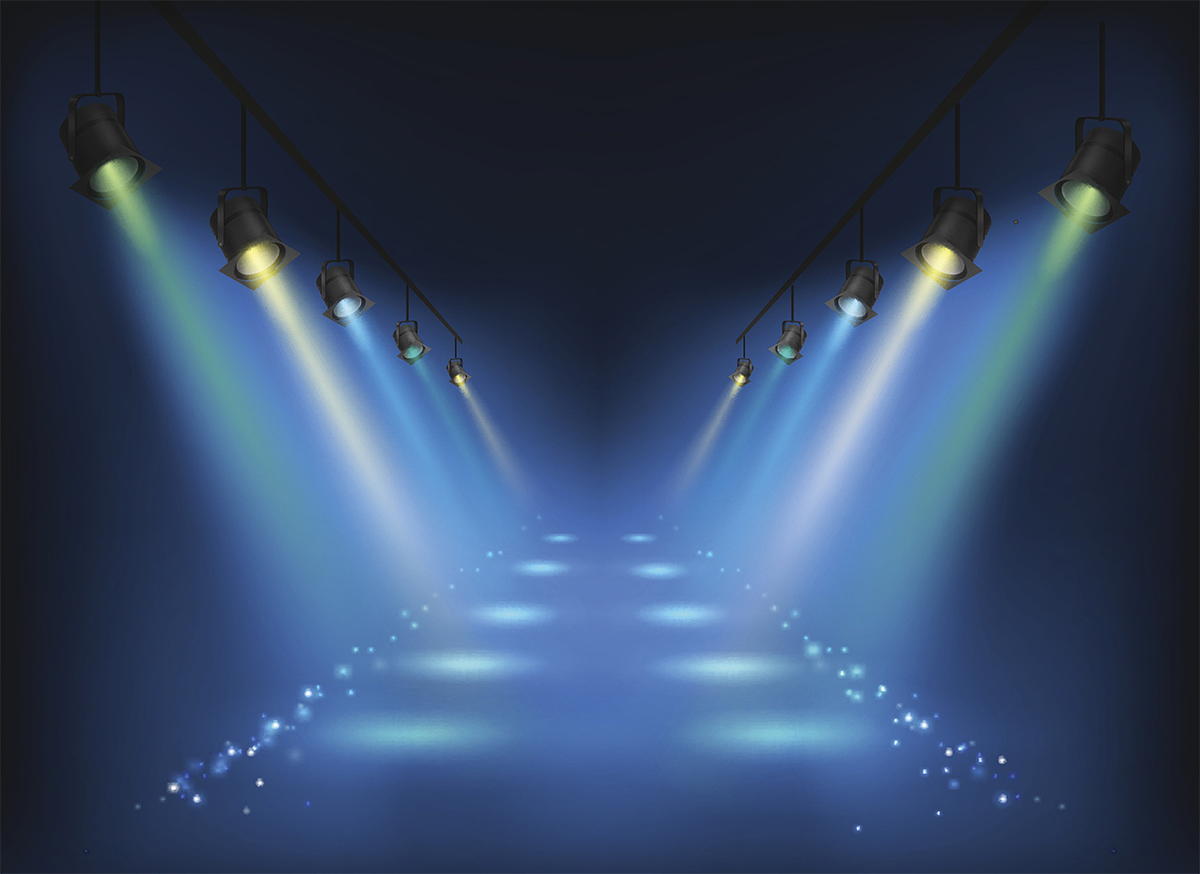 What is a PAR can light

PAR can lights are directional luminaires that project a controlled beam of light for accent, area, back and wash lighting on stage. A PAR can light used to be a lamp-based luminaire and the luminaire derived its name from the lamp that it houses. PAR is an acronym for parabolic aluminized reflector which is the optical part of a sealed beam lamp. The sealed beam lamp which contains the reflector, light source (filament or halogen bulb) and lens in a single unit is thus known as a PAR lamp. The reflector of the lamp is capable of focusing rays in one direction and creating various beam spreads: VNSP (very narrow spot), NSP (narrow spot), MFL (medium flood) and WFL (wide flood).

PAR cans are simple stage lighting equipment. A traditional PAR can is essentially a hollow cylinder with a lamp socket that accommodates a PAR lamp. It does not have any sort of zoom or focus option. The most common PAR cans used in the theatre industry were based on PAR64 lamps. The number following the “PAR” indicates the diameter of the bulb in 1/8 inch increments and a PAR64 lamp has a diameter of 64/8 inches.

The light output and optical distribution of a lamp-based PAR can light are determined by the lamp. Original models incorporated incandescent lamps which produce light through electrical resistive heating of the tungsten filament. As technology moved forward quartz-halogen and high intensity discharge (HID) lamps were used. Conventional lighting technologies, however, are inherently deficient in efficiency, reliability, spectral tunability, and light output controllability.

Over the past decade, LED technology has jumped to the forefront of lighting innovation and made its way to stage lighting. Semiconductor-based LEDs deliver significant improvements in luminous efficacy and dependability. Their unprecedented controllability affords an opportunity for the designer to build more controls into lighting systems, enabling new lighting features and effects not possible with previous technologies. The inherent spectral tunability in solid state lighting eliminates the need for gel filters. LEDs can be spectrally manipulated at the chip- or package-level to emit almost any spectrum of visible light. The ability to dynamically tune the emitted spectrum of a multi-color LED module makes it possible to create stage lighting solutions with full color-changing capabilities.

LED PAR lights have a higher level of integration of the light source with other system components. While LED retrofit type lamps are available for upgrading conventional PAR can lights, this form of technology conversion fails to exploit the full potential of LED technology. LEDs are complex devices that are designed to operate under specified ranges for operating temperature and electrical power. The ability of the LEDs to perform their required functions for a specified period of time depends on the performance of the applied thermal and electrical systems.

The design of an LED PAR light revolves around integrating the LEDs, rather than an LED lamp, with the other luminaire components. The performance of the luminaire is derived from the light source in combination with the heat sink, driver circuit and optical system. An integrated system design enables the luminaire housing to participate in thermal management, which shortens the thermal path and maximizes the surface area to dissipate heat. The light engine can be designed with a light emitting surface (LES) optimized for a specific application. Multi-channel LED modules can be configured to support color mixing applications. Direct extraction of light from the source and precise control of the light distribution can be accomplished with package-level optical regulation.

The LEDs are formed from either the InGaN or the AlInGaP material system. White LEDs are phosphor converted packages that utilize an InGaN emitter to pump phosphors within the device package. Tunable white lights combine warm white LEDs (usually around 2700 K) and cool white LEDs (usually around 6500 K) to provide a continuously adjustable range of color temperatures. Full-color systems use at least three LED primaries (red, green, blue) and often include additional colors such as amber, white, and/or lime to expand the gamut.

LED PAR lights incorporate integral drivers which regulates the power to the LEDs and operate from an AC power source or a battery. An LED driver that runs off the AC mains voltage generally has universal input voltage capability. The AC-DC LED driver needs to provide high efficiency power conversion and excellent load regulation while complying with the power factor (PF) and the total harmonic distortion (THD) requirements. It is usually designed as a switch mode power supply (SMPS) and includes dimming circuitry for adjusting the intensity of the light output.

A preferred dimming method is pulse width modulation (PWM) which adjusts LED brightness levels by controlling the duty cycle of the pulse. LED drivers with PWM dimming capability can dim the LED light output smoothly and continuously over the full range and provide very precise intensity control with color accuracy maintained throughout the dimming range. These dimming characteristics are critical to color mixing applications. Tunable white and full-color LED lights are operated by multi-channel LED drivers which allow each LED string to be driven by a dedicated constant current supply. The LED driver is configured to accept control input from a DMX512/RDM controller. 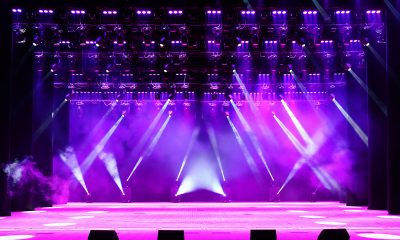 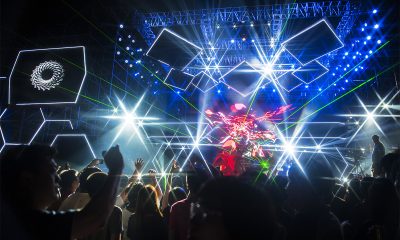 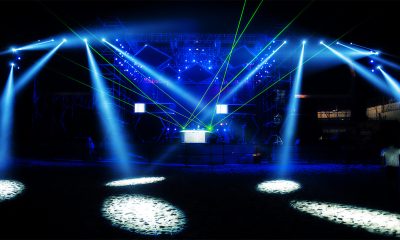 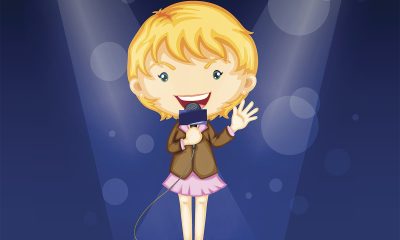 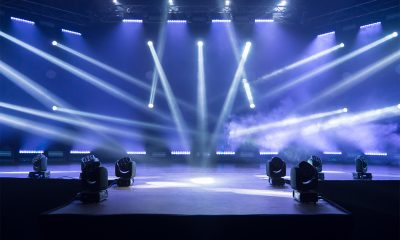 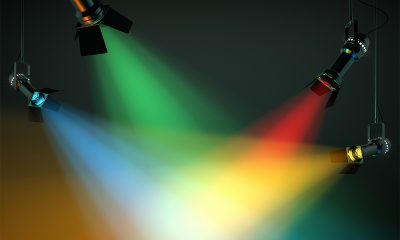 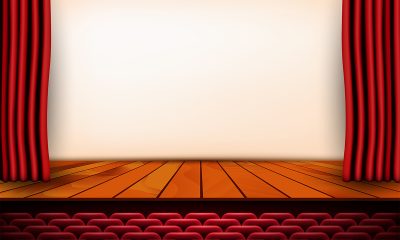 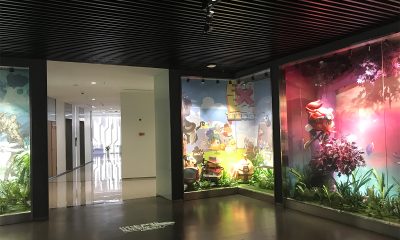