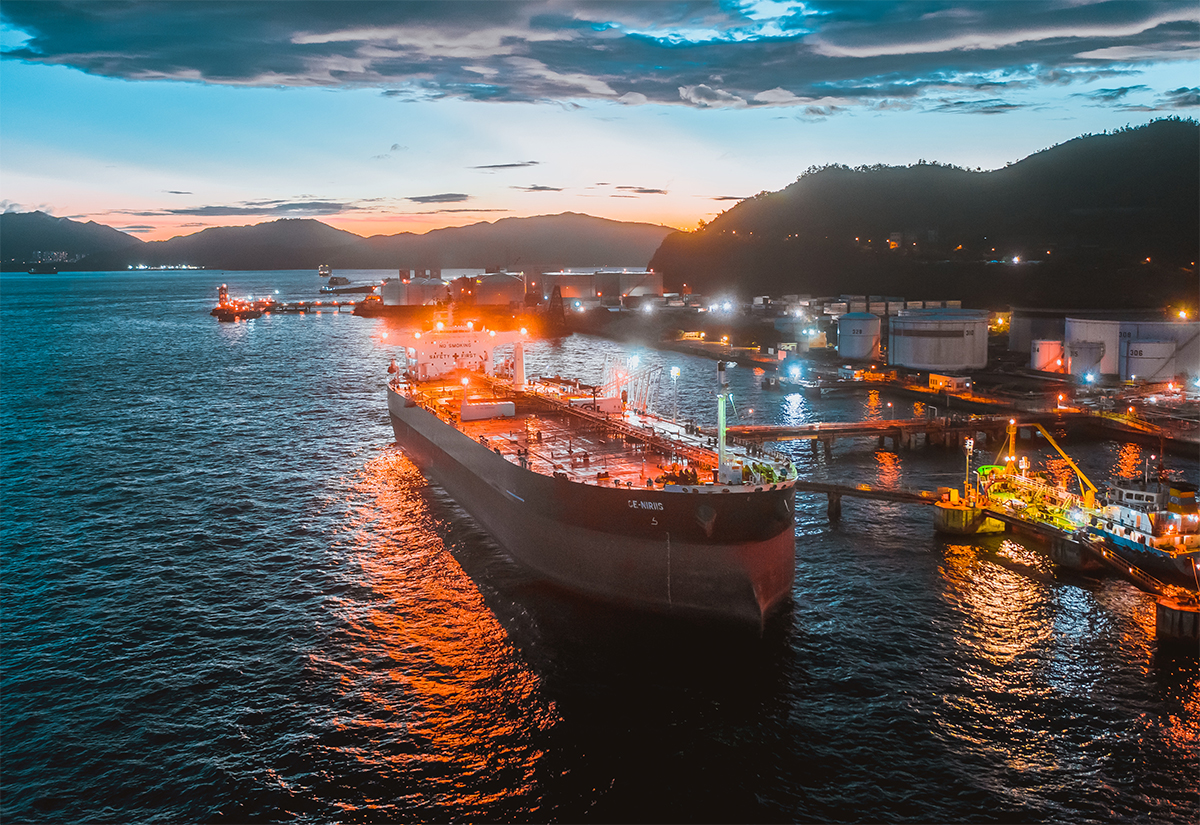 What is a marine flood light

Marine flood lights are directional luminaires that are designed to project a controlled beam of light to illuminate the deck or other areas below. These aimable luminaires deliver high intensity lighting critical to the visibility of activities and tasks performed on board or around commercial vessels, navy vessels, recreational vessels, cruise ships and ferries.

Conventional flood lights are lamp-based systems that are designed to control the distribution of light emitted by halogen lamps, metal halide lamps, or high pressure sodium (HPS) lamps. These fixtures rely on the use of large optical reflectors to regulate luminous flux from the omnidirectional light sources. A typical configuration of a conventional flood light includes a housing within which appropriate electrical components, a lamp and a reflector are mounted for generating and directing light in a desired beam pattern. Conventional flood lights, however, suffer from a number of limitations. Halogen flood lights are energy hungry and short-lived. Marine flood lights that use high intensity discharge (HID) type light sources (high pressure sodium, metal halide) have improved efficiency but struggle with a set of disadvantages. HPS lamps have a poor color render index (CRI). Metal halide lamps are prone to risk of explosion and have poor lumen maintenance. All HID light sources require long startup/restrike times and can be damaged by constant switching cycles.

LED technology has established its dominance

Today LED flood lights have become the prevailing choice for marine lighting applications. The transition to LED lighting has been propelled by the profound energy, economic, performance, design and application benefits enabled by LED lighting. LEDs are semiconductor devices that emit light through recombination of electrons and holes by application of a forward bias across the p-n junction. The efficiency of phosphor-converted LEDs has improved enormously over the past decade. High source efficiency results in significant and measurable amounts of energy savings.

The LED technology platform offers the opportunity to achieve energy savings beyond improved source efficiency through improved optical design, precise spectral control, and adaptive lighting. The optical directionality of LEDs lends them perfectly to directional lighting for high optical delivery efficiency. The robustness of LEDs in dimming and switching ushers in better intensity effectiveness compared to traditional lighting technologies which are inherently limited in controllability. The delivered spectrum from LEDs can also be optimized for the function of the light.

Reduced maintenance costs from the use of LEDs with their extended lifetime are another major advantage that makes LED lighting particularly attractive. Moreover, LED flood lights exhibit clear technical advantages over HID counterparts for their solid-state nature that provides for greater resistance to shock, vibration and wear, as well as their low voltage, spark-free lighting that enable safer operation in explosive atmospheres.

A marine LED flood light produces, controls and distributes light through an integrated architecture. The integrated architecture directly interfaces the LEDs with the heat sink and optical system at the luminaire level to improve thermal management and optical delivery efficiency. The LEDs are mounted on a metal core printed circuit board (MCPCB) which is populated with circuit traces for electrical connections and also serves as a heat spreader to ensure adequate thermal transfer between the LED packages and heat sink. Oftentimes luminous flux from the LEDs is regulated by individually designed secondary optics which extract light directly from the source and precisely direct and distribute it through key vertical and horizontal planes.

The LED assembly is mounted on the heat sink. A thermal interface material (TIM) is often sandwiched between the two components to maximize the heat flow. The heat sink is made from high thermal conductivity materials and commonly forms with the housing as one piece so as to maximize effective surface area of the thermal path.

Marine LED flood lights use LEDs fabricated in various package platforms, which include plastic mid-power packages, ceramic-based high power LEDs, COB LEDs, and CSP LEDs. The LEDs can be electrically interconnected in parallel, in series, or any combination thereof for constant current designs.

The LED array is operated by a constant current LED driver which is incorporated in the luminaire but is thermally isolated from the light engine. The LED driver may be designed to accept either 12/24V DC power or higher voltage AC power. Most LED drivers are designed as switched mode power supplies. Some LED systems may use linear power supplies which have inefficient use of energy owing to heat dissipation in the power supply but are simple in design and completely absent of any electromagnetic interference (EMI) radiation.

Marine flood lights need to operate reliably in hostile environments. Marine atmospheres are characterized by the abundance of sodium chloride (salt) and sulfur compounds which can corrosively attack the housing material. While stainless steel is good at withstanding corrosion attacks in marine environments, LED flood lights are often made from die cast aluminum which has higher corrosion susceptibility. Rigorous surface treatment of the metal with a prescribed chemical to form a durable protective film is critical to the durability of the lighting systems.

Conversion coatings are often used as a pretreatment to increase the adhesive ability for organic coatings. The organic coating shields the finish from the effect of ultraviolet light and ensures coating durability. Some low power LED systems may use a thermally conductive polymer as the housing material for improved corrosion protection.

Preventing moisture from corroding internal components is also important for long term system durability in the harsh marine environment. The optical compartment of a marine flood light is shielded by a heat and impact resistant tempered glass lens. The lens is sealed to the housing with a full circumference form-in-place silicone gasket.

Other points of entry and material transition should be sealed as well to ensure the entire luminaire carries the required ingress protection (IP) rating. Extreme changes in temperature or the constant heating and cooling cycle of the light engine can create a pressure differential and cause seals to fail. Protective vents may be installed to equalize pressure with its environment. 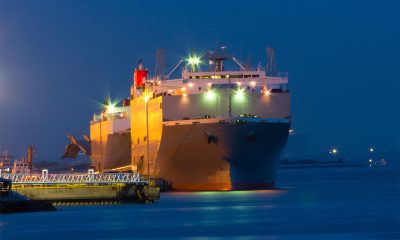 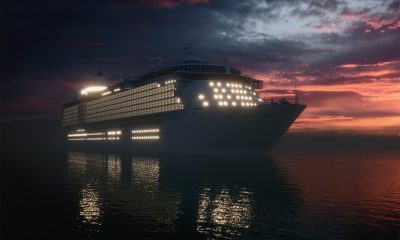 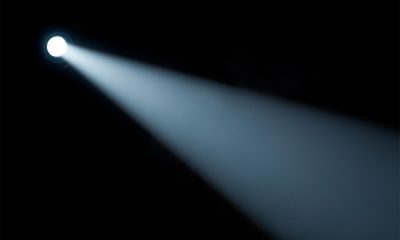 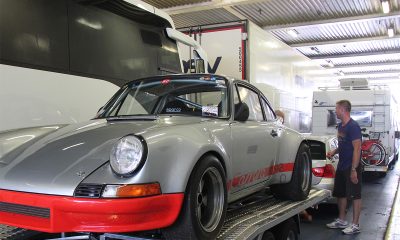 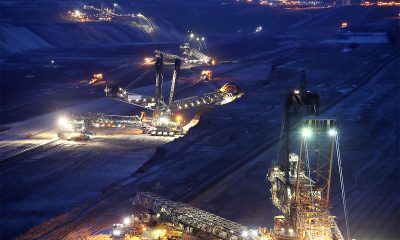 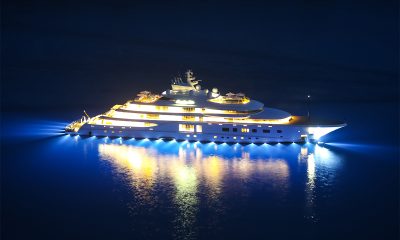 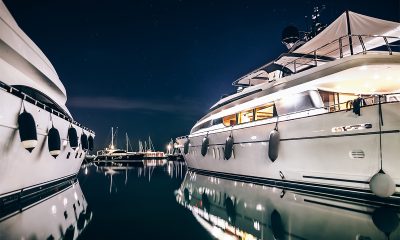 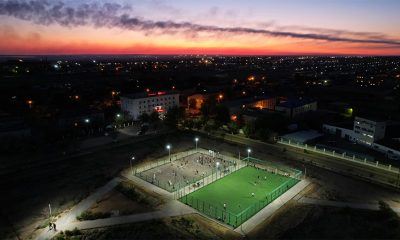 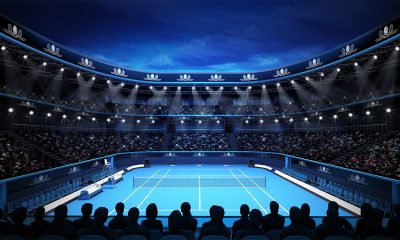 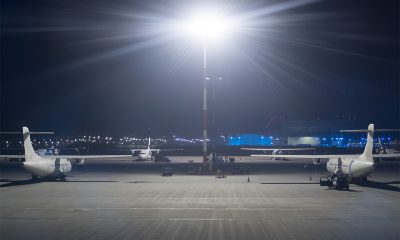 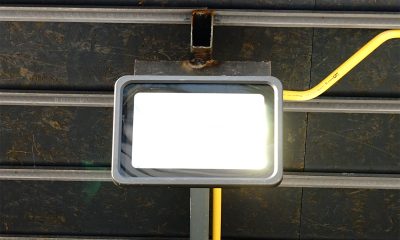 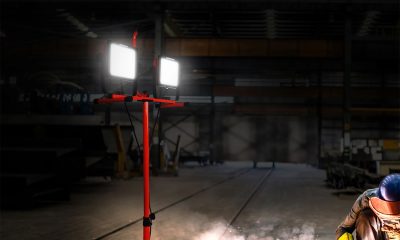 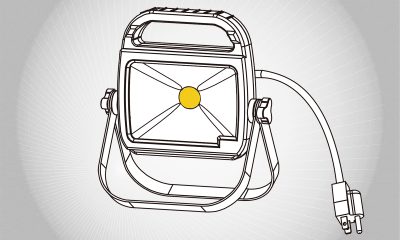