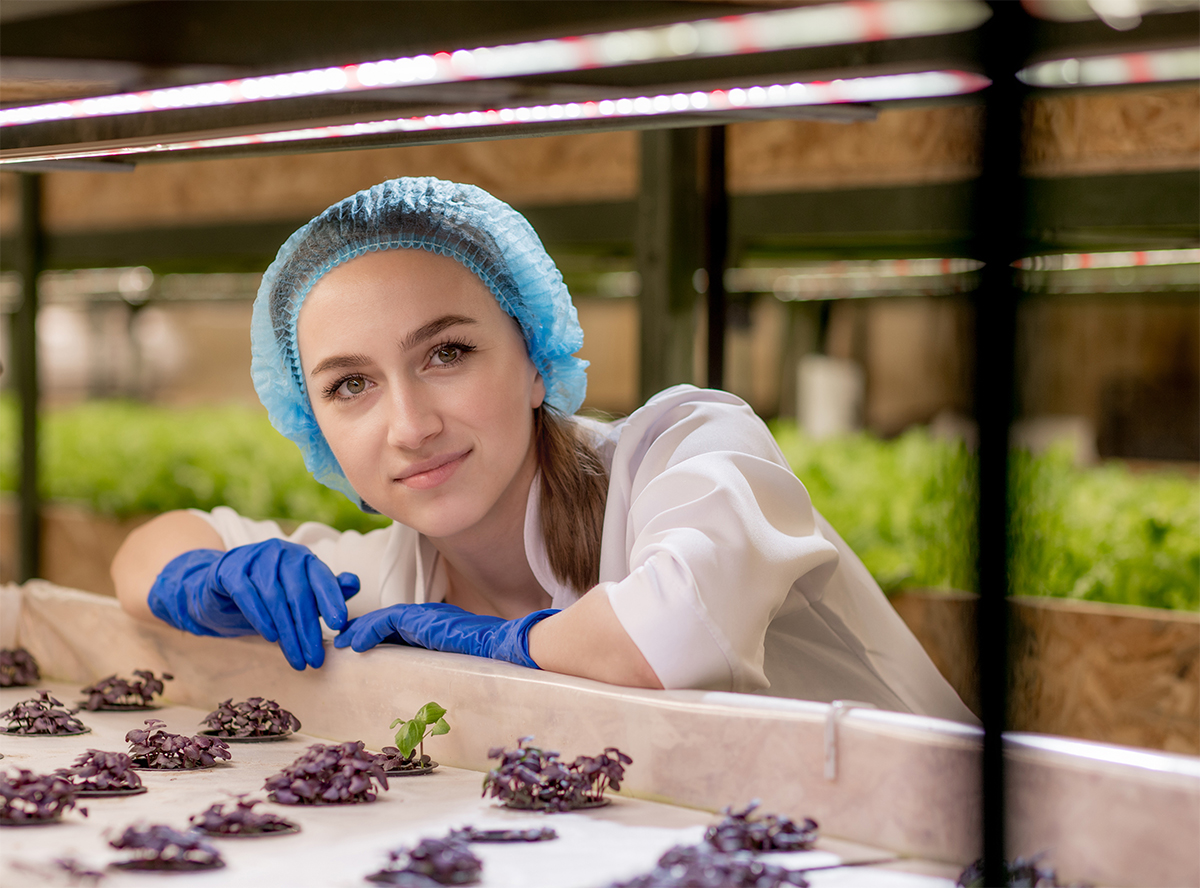 What is a full spectrum LED grow light

A full spectrum LED grow light is designed to stimulate plant growth and development by emitting electromagnetic radiation with wavelengths across and beyond the photosynthetically active radiation (PAR) range (400-700 nm). Full spectrum horticulture lighting is meant to produce photons that provide photochemical energy for plant photosynthesis and trigger various plant physiological responses such as photomorphogenesis, photoperiodism, and phototropism. Electromagnetic radiation with a continuous spectrum covering all wavelengths from the UV to the far-red provides more balanced photosystem stimulation than narrow spectrum emissions from monochromatic red and blue emitters.

Full spectrum lights are typically used in indoor horticulture applications such as home grow systems and controlled environment agriculture (CEA) environments. Indoor cultivation allows growers to have more control over temperature, humidity, CO2 supplementation and other factors that influence plant growth, thereby maximizing plant productivity and consistency. In the absence of sunlight, the spectral composition of artificial light becomes a key component that goes into the design of horticulture lighting systems.

Light is electromagnetic radiation composed of a stream of energy packets known as photons. Each photon has a characteristic wavelength. Photons of specific wavelengths are captured by plant photoreceptors. The electromagnetic energy carried by the photons is harvested to drive photosynthesis. The photosynthetic reaction occurs inside of cytoplasmic organelles known as chloroplasts. Photoactivation of photosynthetic photoreceptors results in the splitting of water molecules (H2O) into oxygen, hydrogen ions and high-energy electrons with great reducing potential. The high-energy electrons are used directly to reduce NADP+ to NADPH while driving ATP synthesis through the action of an ATP synthase. The NADPH and ATP formed by the action of light are used to make carbohydrates (such as cellulose and glucose) from carbon dioxide. Carbohydrates are used to drive plant metabolism and obtain high accumulation of biomass.

Photosynthesis is not the only process in plants that is under the influence of the spectrum of light. Biological processes related to plant’s long-term developmental adaptation and short-term dynamic acclimation to the environment are also orchestrated by specialized photoreceptors that are sensitive to specific wavelengths. These non-photosynthetic photoreceptors can interpret light spectrum and use the spectral cues to optimize resource-use efficiency and acclimate photosynthesis and plant development to available irradiance.

The profound effect of the light spectrum on plants is not only limited to their growth and development. The combined influence of the different photoreceptors provides plants the ability to synthesize a large diversity of low molecular weight organic compounds that are commonly classified by function into primary metabolites, secondary metabolites, and plant hormones. Primary metabolites, such as carbohydrates, amino acids, vitamins, lipids, nucleotides, proteins, starch, and enzymes, are directly involved in normal growth, development and reproduction of plants.

Secondary metabolites are created by plants to strengthen their defense mechanisms and adapt the plants to an everchanging environment. The three major groups of secondary metabolites are alkaloids, phenolic substances, and terpenes. Carotenoids are colored terpenes present in all plants. The most common of these phytochemicals are the carotenes and xanthophylls. Xanthophylls, which include zeaxanthin, violaxanthin, and lutein, play an essential photoprotective role in high irradiance environments while acting as photosynthetic photoreceptors that collect photonic energy for chlorophyll A. Cannabis is the most widely cultivated plant in controlled environments. Phytocannabinoids, such as Δ9-tetrahyrdocannabinol (THC), cannabidiol (CBD), cannabigerol (CBG), cannabinol (CBN) and many others, are cannabis’ distinctive secondary metabolite expression. These therapeutic and psychoactive compounds are involved in the defense mechanism of cannabis plants.

Plant hormones are signal molecules that are present in trace quantities. They act as chemical messengers to trigger specific biochemical, physiological, and morphological responses. These physiological intercellular messengers are essential in helping plants adapt to environmental stresses and regulate expression of the intrinsic genetic potential of plants. Many of the photomorphological and developmental changes in response to light are mediated via plant hormones.

An active spectrum of light, along with an appropriate intensity and duration, enables stimulation of desired plant responses. Yet plant photoreceptors are quite selective in the wavelength of photons they absorb. Generally, the interaction between radiation specific photoreceptors is limited to small, specific bands of light, and any additional light that’s not needed is rejected by the photoreceptors.

A full spectrum grow light is designed to provide complete photoreceptor stimulation across all the photosystems and throughout the growth cycle of a plant. In the past, the two main technologies of full spectrum lighting are high intensity discharge (HID) and fluorescent. Traditional light sources have a fixed output spectrum which cannot be modified to provide targeted manipulation of plant responses. These products supply insufficient quantities of light in some critical wavebands while providing excessive radiation at wavelengths that are not useful for plants to photosynthesize or develop. High pressure sodium (HPS) lamps produce minimal blue light and emit light dominantly in the yellow-orange waveband. Metal halide lamps have a decent blue output but produce little red light and most of the energy is emitted in the green-yellow spectral range. Fluorescent lamps have a similar spectrum to metal halide lamps except that the longer wavelength peak is at the orange-red region.

None of these light sources provides a continuous spectrum covering all wavelengths across the PAR range. While they seem to have acceptable photosynthetic photon efficacies (PPE), their spectral effectiveness is very low since most of the photons emitted by these lamps outside the red and blue portions of the spectrum which are the absorption peaks of chlorophylls. An additional spectral disadvantage of HID lamps is that they emit a large percentage of their energy in the infrared (IR) range. The emission of radiant heat makes a large distance between the light source and the plant canopy necessary, which leads to reduced photosynthetic photon flux density (PPFD).

Horticulture lighting is now a realm of LED lighting

LED technology is the game changer in horticulture lighting. LEDs are semiconductor devices which employ the principle of injection electroluminescence to produce narrow-band emission and may have an optional wavelength converter, which partially or completely converts the electroluminescence to other wavelengths. This emission mechanism enables precise control of the spectral power distribution (SPD), which is a critical demand of horticulture lighting. LED grow lights can thrive on this ability to create almost any spectrum of light through spectral manipulation of LED chips, LED packages, and/or LED modules.

The color of the light created by electroluminescence in an LED depends on the bandgap energy between a conduction band and a valence band of the multiple quantum well (MQW) that forms the active layer of the diode. By varying the chemical contents and thickness of the semiconductor that forms the quantum wells, the bandgap energy can be altered and so does the wavelength of the narrow-band emission which appears to have a single color such as red, blue, and green. The bandwidth of the emitted light that has shorter wavelengths can be broadened through the application of phosphors which Stokes shift part or all of the shorter wavelength light to longer wavelength light.

Phosphor-conversion is most abundantly used technology in producing white light or broad-spectrum emissions from a monochromatic semiconductor emitter. Spectral manipulation can also be made at the module-level through color mixing of multiple monochromatic LEDs. Color-mixed LED luminaires that are commonly designed as RGB, RGBA or RGBW systems are capable of producing adjustable-color throughout a broad gamut area.

A full spectrum LED grow light delivers a carefully manipulated spectrum of light with wavelengths within and beyond the PAR range, including also UV and far-red irradiation. The spectral composition is designed with an emphasis on red and blue light that can effectively drive photosynthesis. However, the spectral design must be done in the context of addressing the needs of the whole plant, which must consider the stimulation of the wider variety of beneficial responses mediated by other wavelengths within the PAR range as well as those beyond the photosynthetically active range.

The spectral range of light usually encompasses radiation between 380 and 780 nanometers, which includes a continuous PAR band and the far-red and the UV-A wavelengths. In general, most of the photosynthetically active radiation from a full spectrum LED grow light is provided by phosphor-converted LEDs which emit broad-band (white) light. Narrow-spectrum (colored) LEDs may be added to provide radiation outside the PAR range and /or to enhance the output of a particular spectral band within the PAR range. These types of LED grow lights are known as fixed spectrum systems.

Color-mixed LED systems can provide dynamically controllable spectrum. These spectrally tunable LED grow lights can create a spectrum that works for every stage of plant growth from seedling, propagation, vegetative, budding, to flowering and fruiting. They can also target lighting to enhance specific plant characteristics such as antioxidant content, taste and aroma, organoleptic and ornamental quality, and post-harvest shelf life. The trade-off of such sophisticated designs are increased complexity and costs. Moreover, the overall system efficacy of a color-mixed LED grow light is lower compared to systems using phosphor-converted LEDs. As such, fixed spectrum lights are more widely used in full spectrum horticulture lighting applications due to their advantage of inherently lower cost and higher efficacy.

The impact of LED package design and materials of construction is evident on photon flux maintenance at high operating temperatures and high drive currents. High power LED systems designed for commercial applications typically use high power or CSP packages to produce high PPF lighting over a lifespan that makes maximum economic sense. The absence of thermally unstable package materials and the use of a high efficiency thermal path land high drive current and high operating temperature capabilities to the LEDs. Plastic packages find their popularity in consumer-oriented applications due to their higher efficacies and lower costs.

COB LEDs are favored for their uniform distribution of light and have more to the consumer market. LEDs are sensitive to current and voltage fluctuations. Their efficiency and lifespan have a temperature dependence. Therefore, the LED driver should provide tight line and load regulation, and the thermal management system should have substantial volumetric thermal transfer capacity to keep the junction temperatures of the LEDs below a set limit. A holistic approach to systems design is necessary to protect the LEDs from excess thermal and electrical stresses. 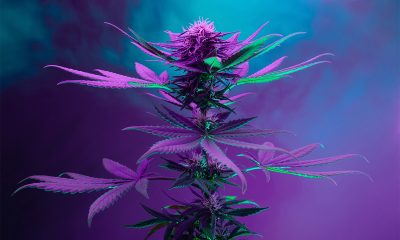 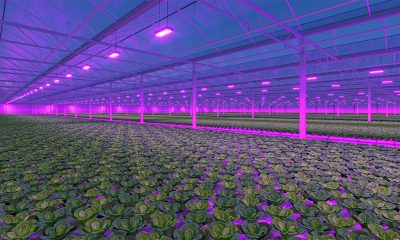 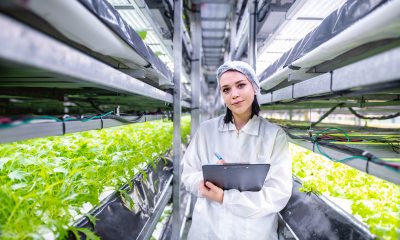 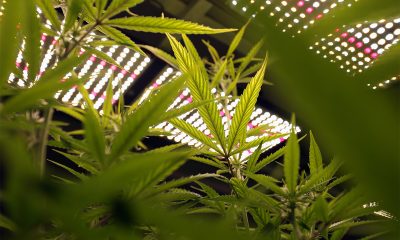 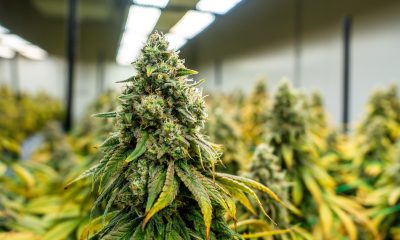 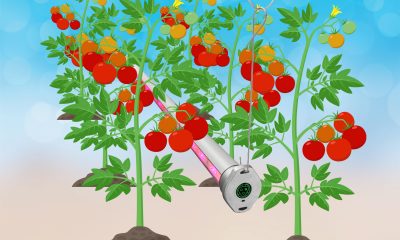 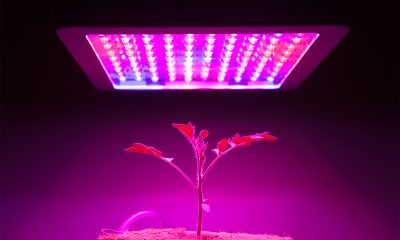 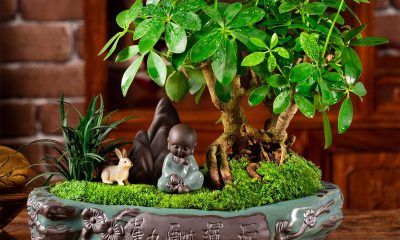 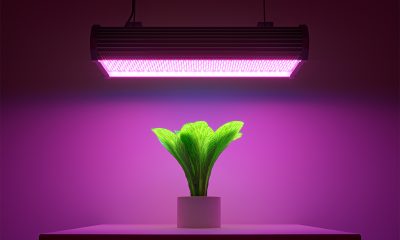