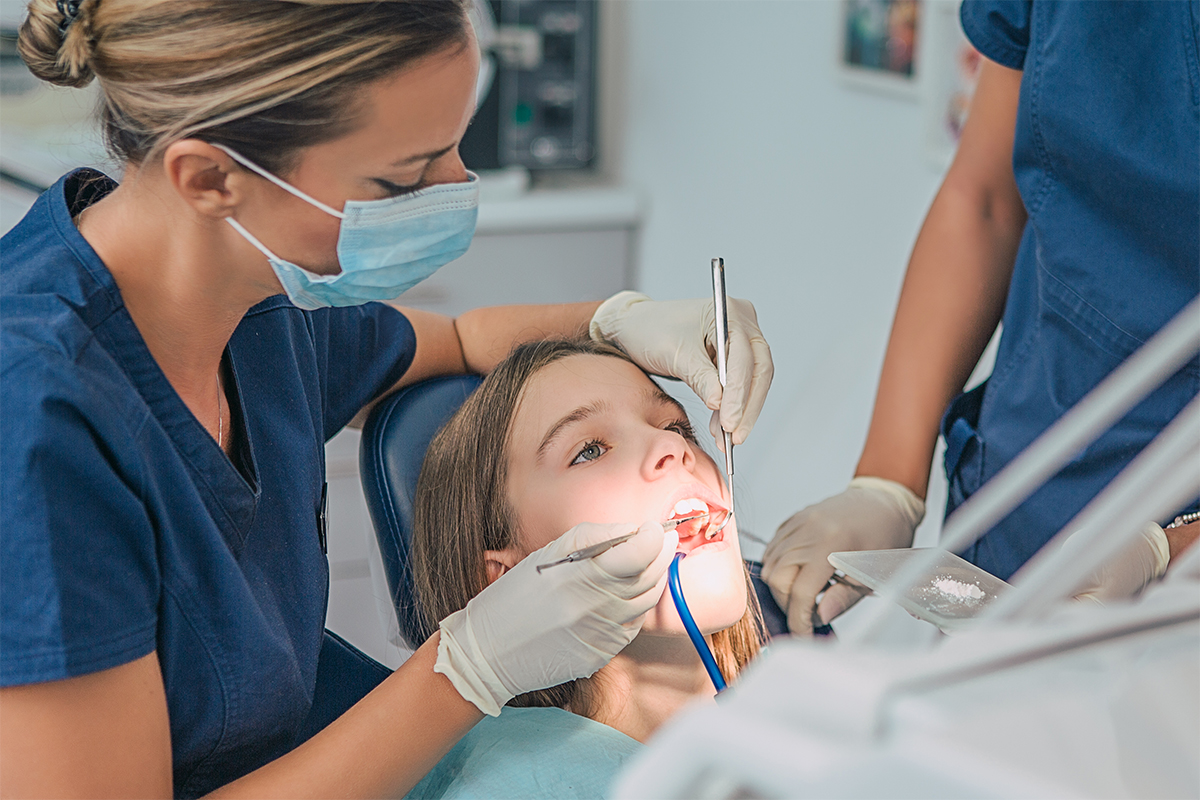 Task lighting is a crucial part of dentistry

A dental operatory light is a surgical task light that is used for oral cavity illumination during a dental examination, treatment, or surgery. Dentistry usually encompasses a broad range of practices related to the oral cavity. A wide variety of dental procedures are carried out by dentists, oral hygienists, dental technicians, and dental therapists. These procedures range from the restoration and replacement of teeth, correction of mal-positioned teeth and jaws, extraction or surgical removal of teeth, scaling and root planning, endodontic root canal treatment, preparation and implantation of teeth, cosmetic dentistry to oral and maxillofacial surgeries.

Providing optimal visual conditions is critical to every dental practice. In any dental office or surgical room, local task lighting is a crucial part of the lighting scheme for the space. Dental operatory lights are specifically designed to support the task needs. They provide a bright, focused beam of light to illuminate the task area so that dental professionals can visualize their work with complete accuracy.

Dental operatory lights generally refer to single-light overhead fixtures mounted to ceiling, cabinet, wall, or the dental chair. The luminaire or lighthead is supported by an articulated arm designed with large action radius and considerable height adjustment for maximum maneuverability. Conventional dental operating and examination lights are lamp-based systems that typically use tungsten-halogen lamps to deliver the quantity and quality of illumination required for the application.

As LED technology advances and pushes the boundaries of lighting performance and efficiency, there has been over the past decade an enormous commercial move toward the adoption of LED technology in medical lighting applications. LEDs are small, compact semiconductor devices that emit light when the p-n junction is forward biased. The ability to operate with high efficiency, high flux density and long lifespan makes the solid state light source a logical choice over other lighting technologies.

LEDs do not produce radiant heat, which eliminates the risk of drying out exposed tissue and causing patient discomfort. LEDs produce a negligible amount of ultraviolet (UV) emissions. Exposure to LED light therefore will not lead to premature curing or hardening of photo-initiated resins. LED products can be designed to emit almost any spectrum of visible light. The new ability makes it possible to optimize the color characteristics of the light emitted by dental operatory lights for specific visual functions and lighting tasks.

LED dental operatory lights operate at up to 40 watts of electrical power and produce an illuminance in the range of 8,000 to 40,000 lux at 39.37” (1 m). Most LED luminaires are direct lighting systems in which the LEDs emit toward the task zone. Indirect lighting systems reflect light internally for the purpose of creating soft lighting effects and uniform lighting distribution.

The LEDs used in dental operatory lights are primarily high power packages which are capable of delivering high lumen density and excellent lumen maintenance, even at high operating temperatures and drive currents. These LEDs are assembled on a thermally conductive metal-core PCB for mounting on a heat sink which should provide adequate thermal transfer capacity to extract heat from the active region of the LED.

The LED package selection should support the qualitative requirements on the color attributes which are determined by the light source’s spectral power distribution (SPD). Specifically, the SPD controls the color rendering performance and the apparent color of light. In order to observe subtle changes in skin tone or tissue colors, the light emitted by the LEDs must be able to render colors accurately. Most dental operatory lights use LEDs with a minimum color rendering index (CRI) of 90. However, the calculation of this index uses only eight of the 14 reflective samples and do not take into consideration the ability of the light source to properly render highly saturated colors.

Among the six saturated test colors the color sample TCS09 shows the response with deep reds. The special color rendering index for this color, R9, must be listed individually as a supplement to the CRI general index and have a minimum value of 90 in order to provide the optimum visualization of red tissues. To reveal the colors of objects faithfully, the LEDs must deliver radiant power fairly broadly across the visible portion of the electromagnetic spectrum.

The design of the light spectrum should also consider the correlated color temperature (CCT) of the light source. Typical CCTs for medical lighting applications are between 4000K and 5500K. The higher the color temperature the greater the percentage of blue in the light spectrum. Cool white light contains a significant portion of blue in its spectrum even when it is emitted by violet pump LEDs. To fully eliminate the potential for premature curing, some products may use a combination of warm and cool white LEDs to provide an adjustable spectrum of white light by mixing light in different proportions. Mixing together several monochromatic LEDs such as red, green, blue and amber (yellow) also allows for selective control of blue emissions.

White light in the vast majority of lighting applications is routinely produced by phosphor-converted LED packages. A properly designed SPD requires mixing phosphors of different colors together to obtain a wavelength converter with desired spectral characteristics for faithful color reproduction. Most phosphor converted LEDs utilize a blue semiconductor emitter to pump phosphors within the device package a blue pump because the resulting luminous efficacy can be higher due to a lower Stokes loss during wavelength down-conversion. However, this method usually fails to uniformly spread radiant power throughout the visible spectrum. The high percentage of blue photons contained in the mixture may compromise the restorative work with photo-polymerizing materials such as camphorquinone. When a more balanced SPD is emphasized, violet pump LEDs that use violet LEDs to pump blue, green, and red phosphors are used.

Most dental operatory lights run off line power. An AC-DC LED driver is incorporated in the luminaire to convert the line-voltage 120/220/277 V power into a precisely matching voltage and current for the connected LEDs. The LED driver must not only be efficient but also be capable of smoothing out the large output current ripple delivered to the load. Large ripples in the output current provided to the LED load can cause the LEDs to flicker and reduce their longevity. Different lighting requirements during a dental procedure necessitate the ability to adjust the light output and/or tune the light spectrum. The LED driver is equipped with a dimming functionality to provide instantaneous control over a wide range of intensity.

LED drivers that operate white or color tunable lighting systems are designed with multiple output channels to keep LED strings operating independently of each other. Dimming and on/off switching can be conveniently accomplished via the integrated membrane keypad. Some products may be equipped with wave-activated IR sensors to enable touch-free operation, which is particularly useful when carrying out sterile procedures. The LED driver may include wireless connectivity and accept control input and interpret control signals to operate the LEDs with smartphone or tablet apps.

While dental operatory lights should be designed with ergonomics in mind in order to enable intuitive, quick and convenient control of all important functions and support operating room staff through all phases of a procedure, infection control is equally as important. The products must be sealed to exclude dust and fluid from entering the enclosure. The exterior housing surface should be smooth and made of materials that will withstand the frequent cleaning and/or UV sterilization procedures that infection control protocols require. Antimicrobial finishes may be used to inhibit the growth of microbes and thus aid in infection control. The luminaires are often designed with removable handles which make it simple to direct the light exactly where it is required while facilitating ease of use during sterile procedures. 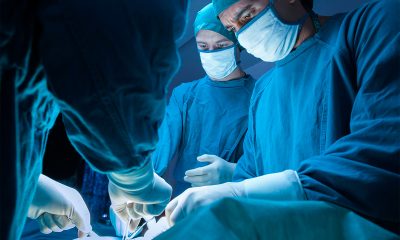 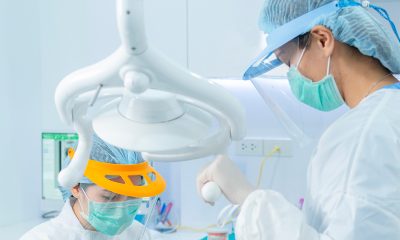 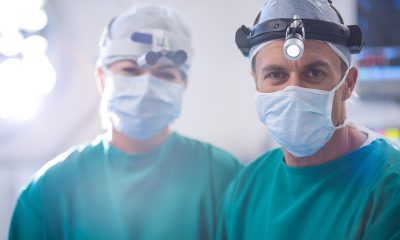