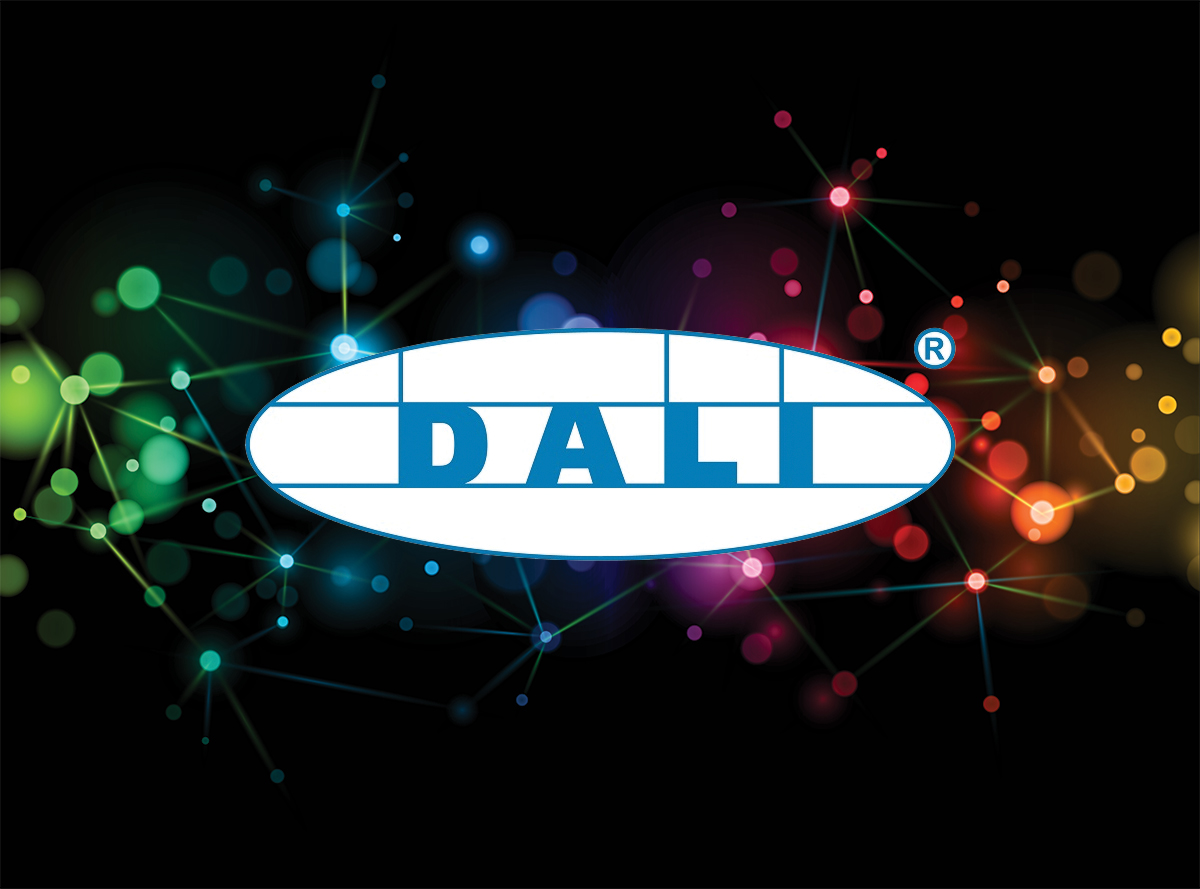 A DALI lighting control system is an integrated composite of products that work in unison to enable digital networking of lights and controls. It features soft wiring terminations, rather than hard analog terminations, and implements control zoning and rezoning via software addressed to individual lights, groups of lights, or all lights within a DALI subnet. DALI is short for Digital Addressable Lighting Interface, a serial communication protocol based on Manchester Coding. The protocol was developed in Europe in a joint effort by a group of leading ballast and control equipment manufacturers, with the original intention to allow interchangeability of fluorescent ballasts and controls from different manufacturers. Soon after, it grew into a global standard and adopted by the International Electrotechnical Commission (IEC). In 2014, a new version of the DALI standard, also called “DALI-2”, was released with a strong focus on product interoperability. The DALI-2 standard also introduced more stringent test protocols and established requirements for application controllers and input devices. In 2017 the DALI Alliance, also known as the Digital Illumination Interface Alliance (DiiA), was established to operate the independently-verified DALI-2 certification program which aligns with the functionality specified in the version 2 of the IEC 62386 family of international standards. In 2019, DiiA announced D4i, an extension of DALI-2 intended to drive standardization for LED products targeting connected lighting and IoT applications.

DALI is a 2-wire bus system operating at a nominal voltage range between 0V and 20.5V, and an absolute maximum voltage range extending from -6.5V to 22.5V. Manchester (bi-phase) coding requires two-bit transitions for each logical data bit in which a logical level of “1” represents a low-high signal sequence (rising-edge transition) that occurs during a bit period, while a logic level of “0” represents a high-low signal sequence (falling-edge transition) during a bit period. When the DALI lines are shorted together to create a logical level of “0”, the interface voltage of a control gear falls within the range of +6.5V and -6.5V. The logical level of ‘1’ falls within the range of 9.5V and 20.5V, typically around 16V. The logical “1” of a control device falls between 10V and 22.5V and the logical “0” is in the range of 0V to 4.5V. A maximum voltage drop of 2V is allowed across the bus. The maximum DALI bus current is 250 mA. The current consumption of each unit is capped at 2 mA. The maximum cabling distance should not exceed 300 meters (984 feet). 1.5 mm2 (15 AWG) cables are recommended for data transmission. DALI circuits are not certified as SELV (safety extra low voltage) systems. Control wiring and power feed can run together through a 5-wire cable or in the same conduit. Bus wiring is polarity independent and does not require termination resistors.

DALI defines a network architecture that allows to control up to 64 individually addressed control gears in a single DALI bus, subnet or “loop”. A control gear refers to an electronic device that regulates the amount of electrical power applied to the connected light source. It can be an LED driver, fluorescent ballast, electronic transformer, emergency inverter, switching device or color control. Each control gear is assigned a unique short address which is an identification number of a DALI device in the numeric range 0 to 63. DALI-2 standardizes the use of control devices and also allocates an additional 64 addresses for these devices. Control devices are used to activate the control load. They include application controllers (e.g., routers, gateways) and input devices (e.g., push buttons, rotary controls, slider controls, occupancy sensors, light sensors). Thus, up to 128 addresses can be managed per DALI-2 subnet, including 64 control-gear addresses and 64 control-device addresses. The 64 control-gear addresses can be divided freely into up to 16 groups. Each address can be assigned to any of the 16 possible groups. Each control gear can have a maximum of 16 different light scenes programmed into its memory. Each individual scene can be triggered with a single command. Up to 32 groups can be configured for control devices. Each individual device can be allocated to any or all of the groups. Furthermore, one control-device address has at least one instance and can support a maximum of 32 instances. An instance is an input element of an integrated input unit.

DALI frames are transferred between the controller and devices by means of asynchronous, half-duplex serial communication at a baud rate of 1,200 bit/s, with each bit occupying a period 833.33 µs and each half-bit period lasting for 416.67 µs. A frame is a packet of information or a sequence of bits consisting of a Start bit, command/data byte(s), and a Stop condition. A forward frame is the data packet moving from the control device to the control gear or input device. A DALI-2 forward frame is characterized by a combination of a Start bit, an address byte, up to two data bytes, and a Stop condition. DALI is a bi-directional communication protocol. Once the transmission of the forward frame is completed, the control gear or input device must make a response with a backward frame within a period of 5.5 ms and 10.5 ms. A backward frame is a sequence of bits transmitted from the control gear or input device back to the control device. The response packet consists of the Start bit, one data byte, and a Stop condition. The DALI protocol not only supports individual addressing, but it also allows multiple control gears or input devices to be addressed and controlled simultaneously via multicast and broadcast messages. Individual, multicast and broadcast addressing information is contained in the address byte, which forms the command code together with the data byte in a forward frame.

Since every command requires a dedicate packet, it can take up to a second to refresh all 64 channels with different values, whereas all 512 channels of a DMX system can be continuously refreshed. This difference implies that DALI is not as capable as DMX in creating real-time dynamic effects and intricate color patterns. With regard to dynamic lighting, what DALI can do is to allow a fade time (dimming speed) to be specified. DALI-2 extends fade time for control gear, allowing a single command to recall fades from 0.1 seconds to 16 minutes. The original fade times, which still exist in DALI-2, are limited from 0.7 seconds up to 90 seconds. The individual scenes are programmed using the DALI controller and stored in an LED driver or fluorescent ballast. The controller can then send commands to the control gear and trigger replay of those scenes with variable fade rates.

DALI dimming is implemented in a resolution of 8-bit (254 dimming steps). Unlike the old 0/1–10 VDC linear dimming scheme, the standardized DALI dimming curve can give a logarithmic response. The use of logarithmic control allows the changes in perceived brightness to be adapted to the sensitivity of the eye. DALI-based dimming control is able to support many advanced features in LED systems. LEDs are semiconductor devices that are inherently controllable through drive current regulation. Multiple channels of LEDs can be mixed to produce a full spectrum of precisely controllable light. DALI addressing enables individual control and dimming of each LED channel, thus the spectral power distribution (SPD) of an LED system can be fine-tuned to create a predictable secondary color.

DALI has recently added Device Type 8 (DT8) to offer support for color control. DT8 specifies command sets, known as color types, for additive color mixing of different combinations of LEDs. These color types include Tc (tunable white color control), RGBWAF (RGB color control), and xy coordinate (xy color control). Tc works with control of the correlated color temperature (CCT) to achieve accurate chromaticity coordinates along the black body locus (BBL). RGBWAF operates on mixing of up to 6 color channels (red, green, blue, white, amber and other colors). xy coordinate relates to precise and repeatable selection of the color coordinates from the CIE color space chromaticity diagram (1931). DT8 LED drivers can control two or more outputs on a single DALI short address, which allows independent control of the color temperature and brightness of an LED on a single channel. This feature reduces the use of DALI addresses and simplifies system design and commissioning.

At the most basic level, lighting control is all about connectivity. The introduction of DALI as the backbone for local lighting networks opens the door to a plethora of capabilities that drive lighting automation, enhance energy management, and support various human needs. With soft terminations, control zones can be implemented as conceptual groups, not necessarily based on electrical circuit loading. Any combination of light systems within a DALI subnet can be assigned to a conceptual group, and the control zone can be as small as a single-light zone.

Conceptual grouping of lighting systems allows a control zone to be designed around application characteristics, design objectives and user preferences. In an interior space, for example, individually addressable light fixtures can be flexibly combined to create different layers of light (ambient, task and accent). It is universally acknowledged that layering light is a staple of lighting design. In both indoor and outdoor applications, there’s a trend to maximize energy effectiveness through the use of small control zones. Digital networking makes it simple to address this need.

Furthermore, occupancy sensors, daylight sensors, time clocks, manual controls and other lighting controls can be assigned to operate any single luminaire, any group of luminaires, or all luminaires. Multiple control strategies become possible as an individual luminaire can be assigned to different control zones. Digital low-voltage wiring allows commands to be communicated as digital data, which makes it possible to enable various functions through software programming. Two-way communication allows feedback from control gears and input devices, which is very useful for maintenance, monitoring, commissioning, management and control. No interference of data communication is to be expected with DALI networking due to the wired transmission and simple data structure.

The rapid growth of the Internet of Things (IoT) is sparking a need for interoperability in connected lighting products. The wired data infrastructure and small network capacity deem DALI an edge solution. External connections to other communication networks are often required in order for a DALI network to exchange data, collaborate and even interoperate with homogeneous and heterogeneous systems. The embedded intelligence and digital interface of DALI lights provide a viable mechanism to support seamless communication and interaction with other devices and systems across the network boundaries.

Under the orchestration of a building management system (BMS) or IoT platform, DALI lights can work with other building systems or IoT devices to perform coordinated actions. Integration with a BMS system or IoT platform requires the use of gateways. Gateways are intermediate systems that serve to establish communication and manage traffic between networks that use different protocols. The continuing development of the DALI standard not only facilitates integration of lighting systems with the IoT, but also allows them to participate in the IoT. D4i LED drivers have an integrated DALI bus power supply that can be used to power DALI sensors or other control devices. Luminaire-level integration of smart devices allows for the collection and exchange of useful data for a vast variety of IoT applications. 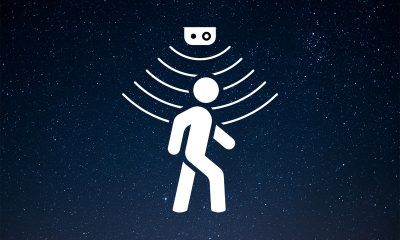 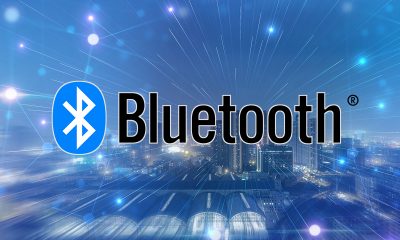 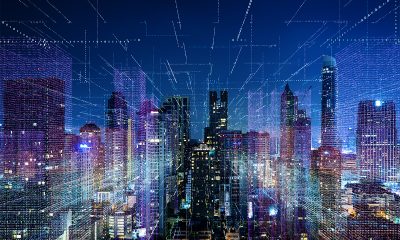 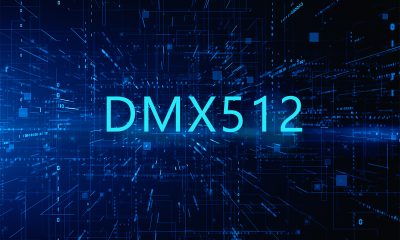 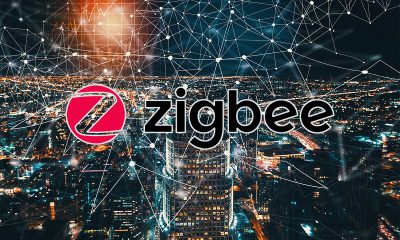 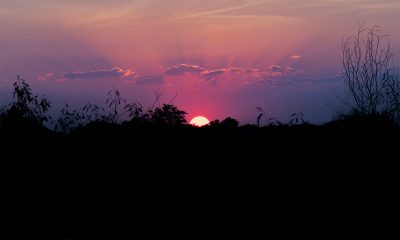