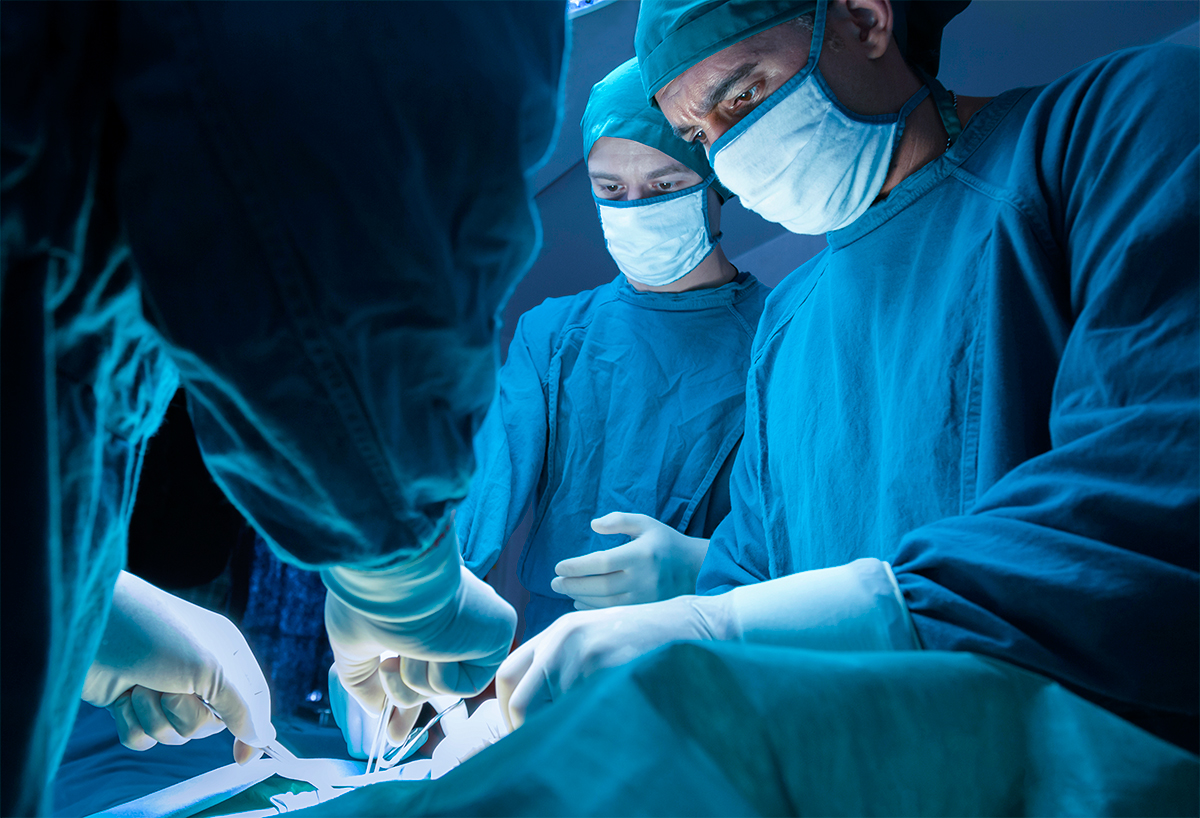 A surgical light is a task lighting system designed to illuminate the surgical site at varying depths in incisions and body cavities such that the surgeon can differentiate down to smallest details and lowest contrast objects. The task lighting system typically consists of two large luminaires (or light heads) which are either multi-emitter or single-source assemblies. Surgical suites intended for complex procedures that involve multiple surgical sites, such as organ transplants and vein harvesting for coronary artery bypass graft (CABG) procedures, may be equipped with three or even four surgical luminaires in a single room. The multi-emitter light emitting surface (LES) produces overlapping beams of light which virtually eliminate shadows caused by obstructions such as heads and hands of the surgical team. Single-source luminaires makes use of a large reflector with optimized facets to project luminous flux a centrally positioned light source to create overlapping beams from spatially separated zones. The luminaire is typically mounted on an articulating suspension system which is designed to provide maximum maneuverability as well as flexibility in drift-free positioning of the luminaire.

Knowledge What is a luminaire?