Staff member
Chromaticity refers to the color of light. It's an objective specification of the quality of a color regardless of its luminance. In other words, chromaticity captures the hue and saturation of the light, ignoring light intensity—the third dimension of human vision. Hue is the perception of relative redness, blueness, greenness, yellowness, or the like of a stimulus. Saturation refers to the degree to which the perception of the stimulus departs from neutral gray. The chromaticity of a light source is determined by the relative amount of radiation at each wavelength of the visible radiation spectrum, which is known as the spectral power distribution (SPD). 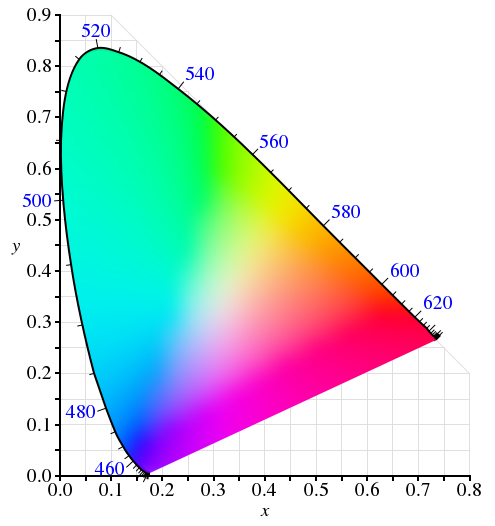 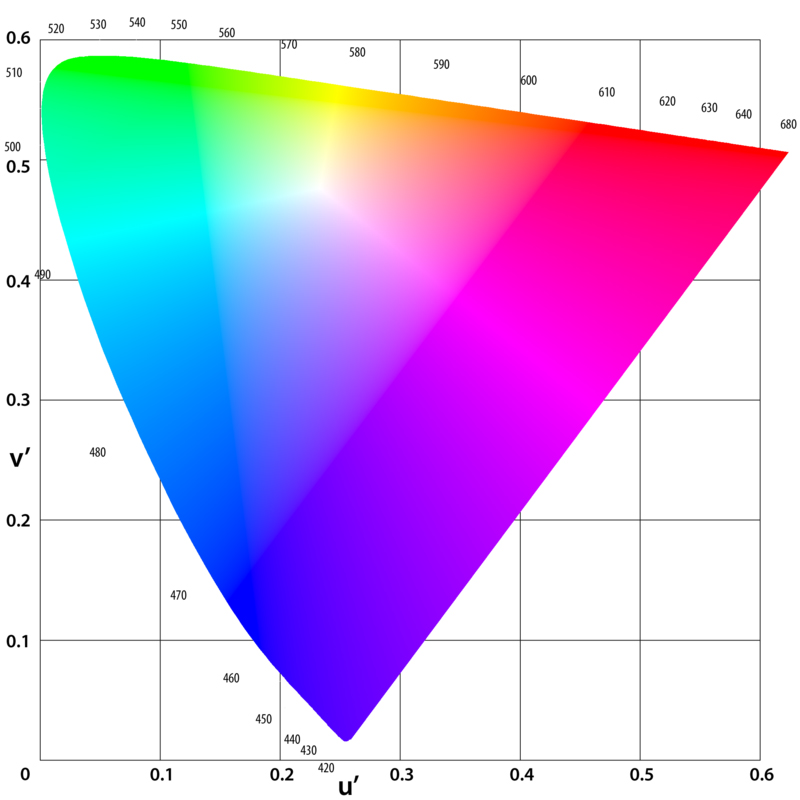 The CIE 1960 (u, v) chromaticity diagram is used to calculate correlated color temperature (CCT) and Duv. In this color space a series of chromaticity coordinates that represent the color of a true blackbody radiator as a function of thermal energy constitutes the blackbody locus (BBL or Planckian locus). Color temperature describes where on the scale from red-orange to blue along the BBL the light of a blackbody radiator appears. By assigning numerical values to the hue of white light it provides an intuitive system for visualizing the color of a light source. The term CCT is used to correlate a non-black body radiator (e.g. a fluorescent or LED lamp) to the color temperature emitted by an equivalent black body radiator. 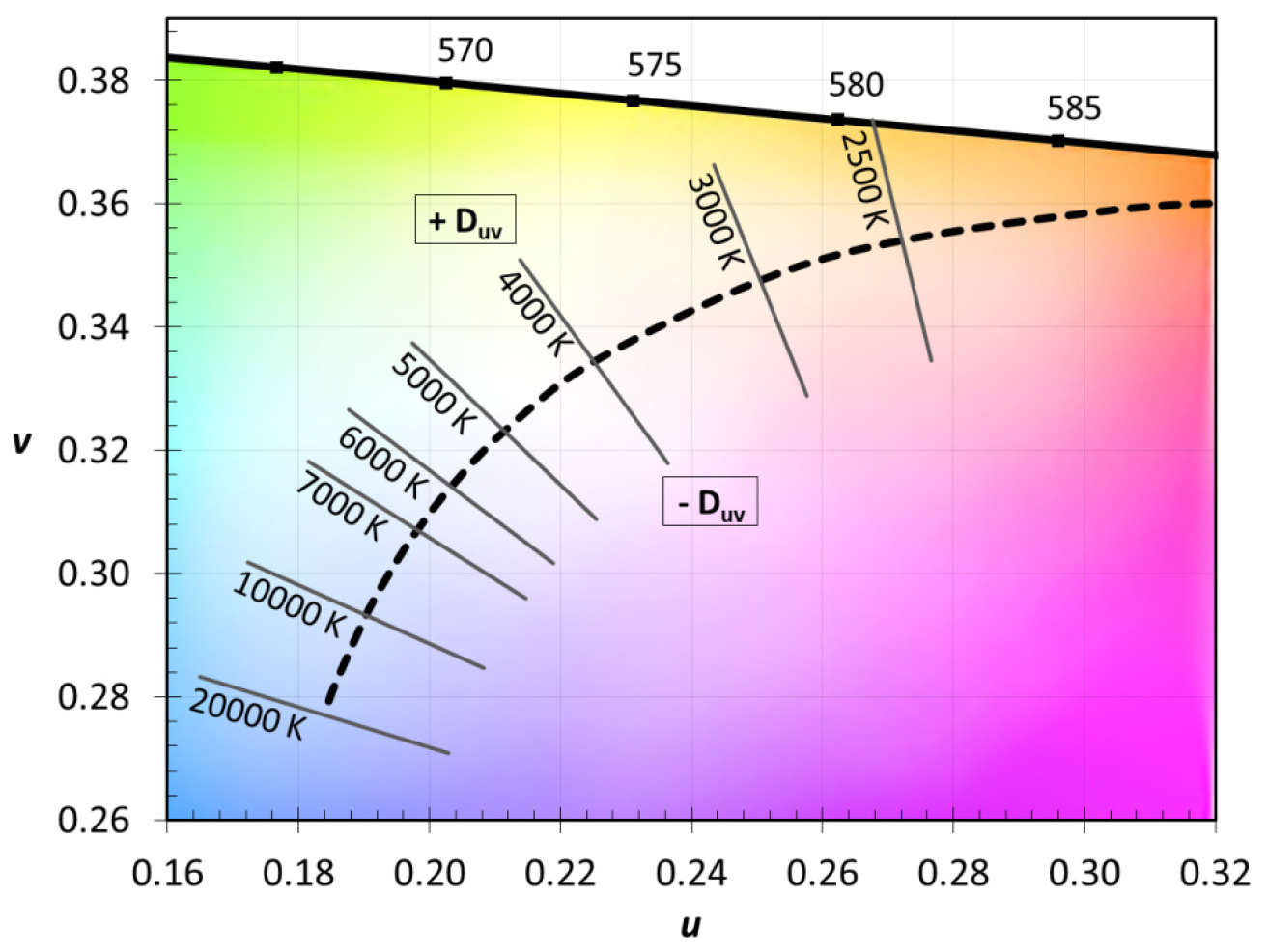 The CCT indicates only the relative warmth or coolness of a light source. It does not quantify the distance between the chromaticity of a given light source and the blackbody locus. The CIE 1960 (u, v) chromaticity diagram introduced the metric Duv to communicate the location and distance of the color of the emitted light relative to the BBL. A Duv value that is above the BBL (positive Duv) indicates that the source has a greenish tint, whereas a negative Duv indicates that the source is below the BBL and has a pinkish tint. Together, a CCT value and Duv value provide a pair of chromaticity coordinates that corresponds to a color point of white light.
You must log in or register to reply here.