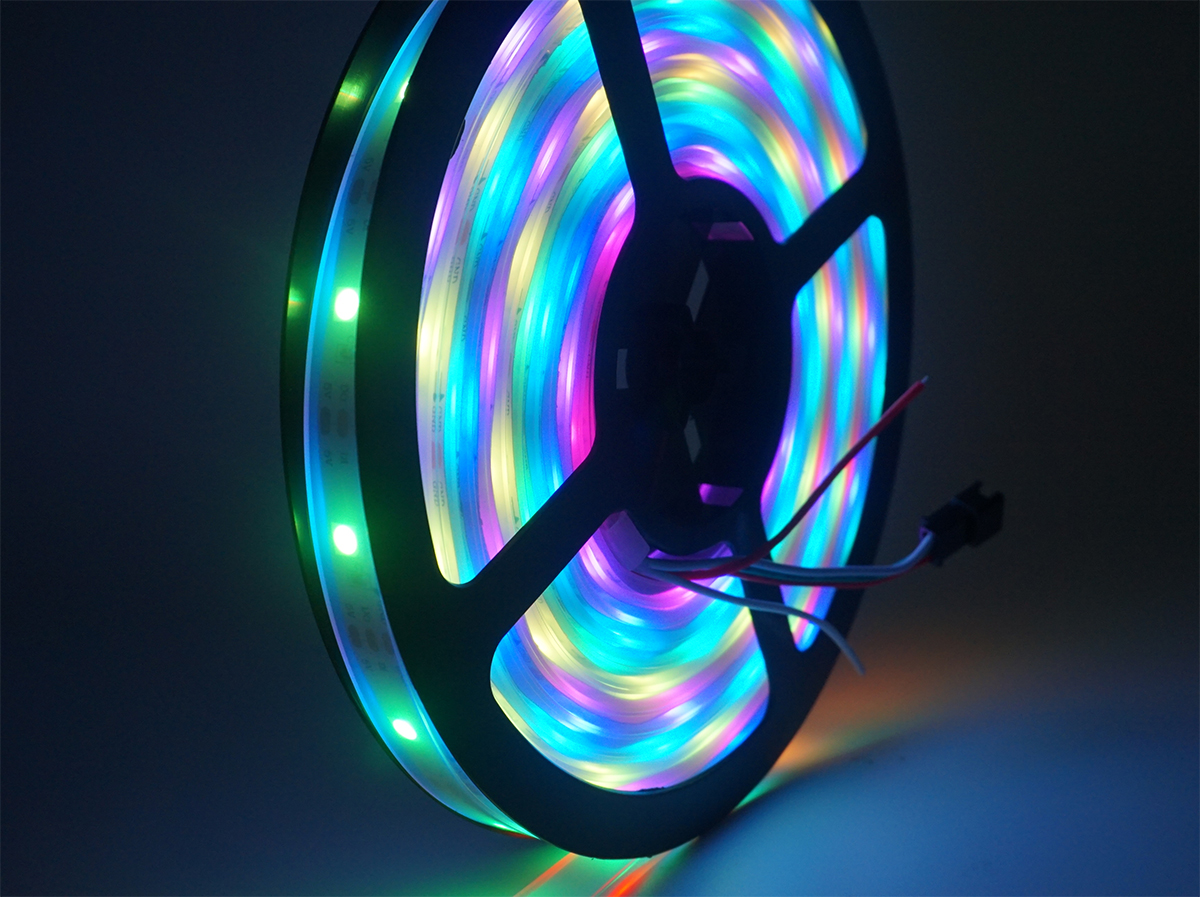 A smart LED strip light is a connected lighting device that allows access and control via IP-capable devices such as smartphones, and/or can interact with intelligence provided by software in the cloud. It’s WiFi, Bluetooth, Zigbee or Z-Wave enabled for remote operation through the use of iOS or Android smartphone apps. It may also work with voice-enabled home automation platforms for hands-free lighting control. Just as the light fixtures can be optimized in styling and appearance to reinforce the design aesthetics of a space, they can be designed to provide highly controllable lighting that enhances the personality and complement the various functions of the space. Smart light strips put creativity in the palm of your hand and deliver comfort and convenience in an easy-to-use, intuitive fashion.

A smart LED strip light is usually a digital type flexible LED strip which incorporates individually addressable LEDs for a sophisticated presentation. Conventional LED strips are referred to as analog-type strips because the LEDs used on the strips cannot be controlled independently. All LEDs that are mounted on the strip or connected in the same circuit are operated by a master controller or dimmer, which means they respond to control signals simultaneously in the same manner and the entire strip is always the same color or color combination at any given time. Smart LED strip lights in this configuration can be DMX controlled to provide additive color mixing on the string level. But they offer limited color patterns and cannot produce “moving” or “chasing” effects. Digital LED strips, in contrast, allow for selective control of individual LEDs or discrete strings of LEDs. The output (color, intensity) of different LEDs or LED strings on a digital light strip can be varied simultaneously to create intricate color patterns and dynamic effects that appear to move across sequences of the strip.